In a letter to House Speaker Pelosi, wives of Rio Grande Valley Border Patrol agents ask the Democrat leader to visit Texas to see the need for a barrier firsthand.

A group of women whose husbands patrol America's southern border along the banks of the Rio Grande are inviting House Speaker Nancy Pelosi to come to Texas so she can see first-hand why a barrier between the U.S. and Mexico is desperately needed.

“We would like to show you around! You don’t need to bring any security detail. Our husbands/boyfriends/fiances/wives/significant others are actually very good at their jobs, thank goodness!” Jill Demanski wrote in the letter posted on Facebook.

Demanski added: “We'd also appreciate if you'd stop pretending that you care about federal workers. If you did, you would care for their safety, not just their paychecks. We can hold out a while longer if it means our husbands and communities are safer.”

Posted on Thursday – a day before President Trump announced a tentative deal to reopen the government at least until mid-February – the letter quickly went viral.

“I felt it’s really important to have our leaders come here and see what’s happening first. It’s important to meet with the people who are here on a daily basis, that are witnessing it – the effects of it, that it has on our country,” Demaski said on “Fox & Friends” on Monday. “We want them to come here and make an informed decision and to see what’s really going on.”

A 17-person bipartisan committee of House and Senate lawmakers is expected to negotiate border spending as part of the legislative process. It’s unclear if Democrats will budge in their opposition to funding a border wall, while Trump said Sunday he doubted he could accept any agreement struck by congressional negotiators that gives him less than his requested $5.7 billion for the construction of a barrier on the U.S.-Mexico border.

Renea Perez, another Border Patrol wife, told “Fox & Friends” that, while the women feel safe in Rio Grande Valley, the men and women who patrol the southern border could still use some help in high-traffic areas. 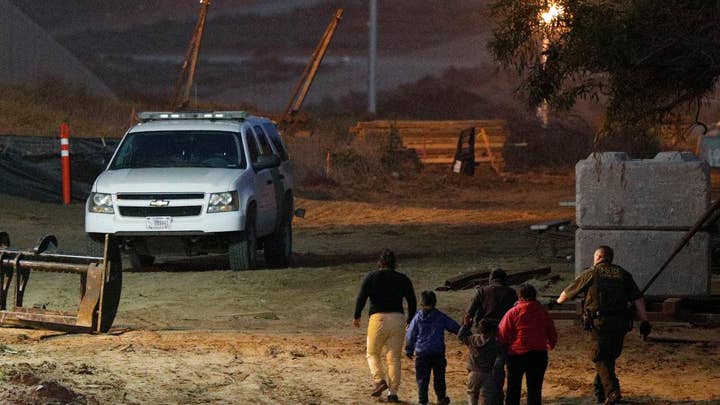 “[A wall] will allow them to do their job more efficiently and give them more time – if they are by themselves – have another agent meet them. It is definitely needed,” Perez said. “We just want them to come down there on the line and actually see where the argument is all about.”

“It gets tough. The bills don’t stop. We were feeling like we were forgotten," Perez said.

Demaski said if Pelosi sees the letter and agrees to visit, she hopes the California Democrat will do a ride-along with border agents to see the day-to-day experiences of those on the front lines of the border issue.

“Border patrol and our agents and experts here have been asking for [the wall] for years,” she said. “Now we have a president who has come here and seen first-hand the need and has had our backs.”