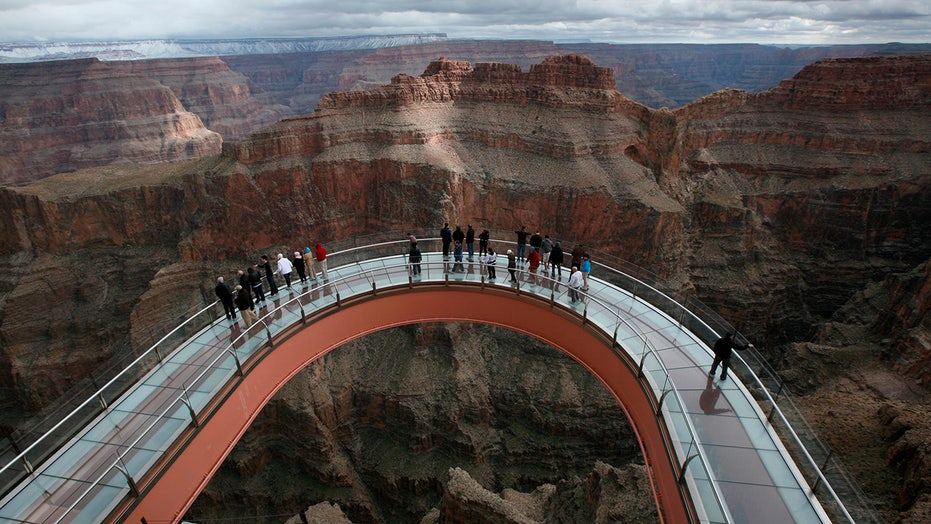 A 28-year-old man jumped to his death at the Grand Canyon Skywalk on Saturday, prompting officials to shut down the tourist attraction.

The unidentified man climbed over a safety barrier at the Skywalk – a tourist spot on the Hualapai reservation, located outside Grand Canyon National Park – around 4:30 p.m., a spokesperson said.

The Skywalk was immediately closed, and recovery efforts to find the man's body began Sunday morning.

A 28-year-old man jumped from the Grand Canyon Skywalk on Saturday, according to officials. (REUTERS/Robert Galbraith)

The Grand Canyon Skywalk, which opened in 2007, is a horseshoe-shaped glass walkway that juts out roughly 70 feet above the canyon, overlooking the Colorado River. The vertical drop from the Skywalk is between 500 and 800 feet.

In March, a Chinese tourist fell to his death as he was trying to take a photo near the Skywalk. He stumbled, falling into the canyon.

It's unclear how many people have committed suicide at the Grand Canyon, but park spokesperson Vanessa Ceja-Cervantes said about 12 people die at the canyon each year.