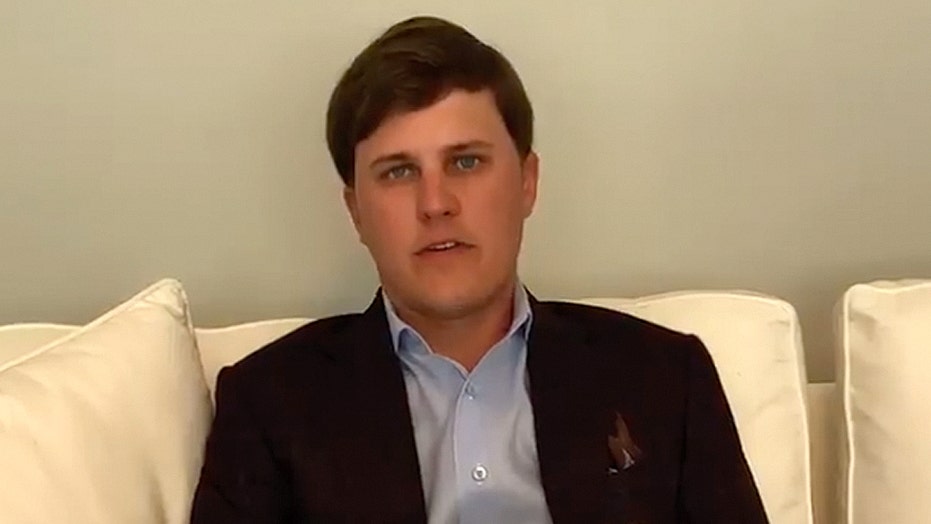 A GOP lawmaker in Alabama is facing backlash after posting a photo celebrating the birthday of a confederate general, who was also a leader of the Ku Klux Klan, on the same day that the state honored the legacy of the late civil rights icon Rep. John Lewis.

State Rep. Will Dismukes of Prattville, in a now-deleted Facebook post, celebrated the birthday of Nathan Bedford Forrest, who was the first grand wizard of the KKK.

DR. ALVEDA KING: IT'S IMPORTANT TO REMEMBER JOHN LEWIS' LEGACY AS A PEACEMAKER

“Had a great time at Fort Dixie speaking and giving the invocation for Nathan Bedford Forrest annual birthday celebration. Always a great time and some sure enough good eating!!” the Republican state House member wrote in the post.

Dismukes appeared in the photo, speaking in front of a podium with several Confederate flags and a portrait of Forrest in the background.

Dismukes posted a statement to his now-private Facebook account on Monday, saying, “My post was in no way glorifying the Klan or disrespecting the late Rep. John Lewis.

“I am a transparent person. To the point that as a public official I lay it all there for the people to see for better or for worse at times. The post was in no way intended to seem as if I was glorifying the Klan or any party thereof. The very atrocities and actions they committed are a disgrace to our country,” Dismukes said.

Condemnation for Dismukes' actions came from across the aisle. State Rep. Danny Garrett, who is also the state House Majority Whip, did not name Dismukes specifically, but posted on Twitter that he "cannot fathom why anyone in 2020 celebrates the birthday of the 1st KKK Grand Wizard."

"And while the body of a civil rights icon beaten by the Klan lies at state Capitol being honored by GOP/Dem leaders from all over the state. This mentality does not rep my party or my faith," Garrett, who attended memorial services to pay his respects to the late Lewis, wrote.

Wade Perry, the executive director of the Alabama Democratic Party, called for Dismukes to resign, saying he "has demonstrated yet again why he is unfit to hold public office."

"It’s 2020 and it’s time for racial extremists like Will Dismukes to go away," Perry said.

The Alabama Democrats condemned Dismukes' attendance at the event, particularly as it coincided with events that culminated in Lewis lying in the state's Capitol to honor his history as a civil rights hero and ties to Selma, where Lewis grew up.

"Rep. Will Dismukes (R—1865) spent today honoring a KKK founder rather than a giant of the Civil Rights Movement. Both events were in Selma, but there really aren’t two sides to this," the group wrote on Twitter.

Dismukes, who was also a former chaplain of the Prattville Dragoons: Sons of Confederate Veterans, has faced criticism in recent weeks for his position on other racially charged issues in his state.

Last week, he faced cries to resign after he refused to throw his support behind defunding the Confederate Memorial Park, insisting that it was a remnant of history that deserves preserving.