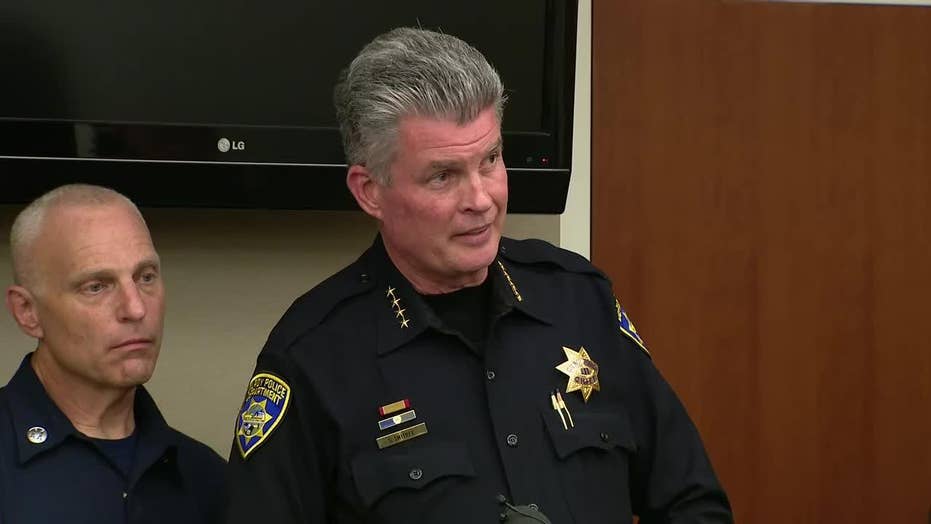 The Gilroy Police department held a news conference following the shooting at the Gilroy Garlic Festival in Gilroy, California.

Officers have served two search warrants associated with the gunman who opened fire at a Northern California food festival on Sunday night, which killed three people and wounded at least 12 others, police said Monday.

In a second of two news conferences Monday, Gilroy Chief of Police Scot Smithee told reporters that police executed a search warrant at a home “associated to our suspect,” adding that they also found the vehicle the shooter, Santino William Legan, drove to the Garlic Festival on Sunday and were in the process of searching the car.

He said the car turned up a “little northeast” of the park where the festival took place. Smithee added that investigators already finished searching the home, but said he did not have details as to what was found.

Police working a scene after the deadly shooting at the Gilroy Garlic Festival on Sunday. (AP Photo/Noah Berger)

Police on Monday also searched the two-story Gilroy home of Legan’s family, which was less than a mile from the garlic festival. Officers reportedly left with paper bags carrying what appeared to be evidence.

Jan Dickson, who lives across the street, told The Associated Press that Legan had not lived there for at least a year, adding that SWAT officers came to the home Sunday night.

Dickson said officers ordered those inside the home to come out with their hands up and one person did. She called the Legans "a nice, normal family."

FBI Deputy Special Agent in Charge Craig Fair told reporters that agents were conducting interviews but couldn’t comment on the results of those interviews or if Legan’s family was cooperating with their investigation.

Fair added that investigators were looking through Legan’s social media profiles to try determining a motive.

The Associated Press reported Legan, 19, appeared to have posted two photos on an Instagram account, which has since been deleted, on Sunday, including one minutes before he opened fire in which he referenced the festival.

Police said Legan turned and fired his “AK-47-type” rifle at responding officers before they killed him.

They said they also continued to investigate what may have led Legan to carry out the horrific assault.

Smithee told reporters in an earlier news conference on Monday that the attack killed a man in his 20s, a 13-year-old girl and a 6-year-old boy.

The man in his 20s has been identified as Trevor Irby, a recent graduate of Keuka College in upstate New York.

The college’s president said in a statement on Monday that Irby graduated with a biology major in 2017 and confirmed he was among the victims of the shooting.

The 13-year-old girl’s name has not yet been released.

Smithee said it’s too early in the investigation to determine if any of the victims were targeted.

“It appeared as though it (the shooting) was random,” he told reporters. “But, I think we’re too early in the investigation to say that definitively.”

He added that investigators were still compiling a list of all those who were wounded.

Smithee said three officers -- among those already at the event to provide security -- were able to shoot and kill the suspect “despite the fact that they were outgunned with their handguns against a rifle.”

He added that the officers engaged the gunman less than a minute after the first shots rang out. “It could have gotten so much worse, so fast,” Smithee told reporters.

He said Legan gained access to the festival by cutting through a fence near a creek area. He said some witnesses reported a second suspect, but police could not immediately confirm those reports. 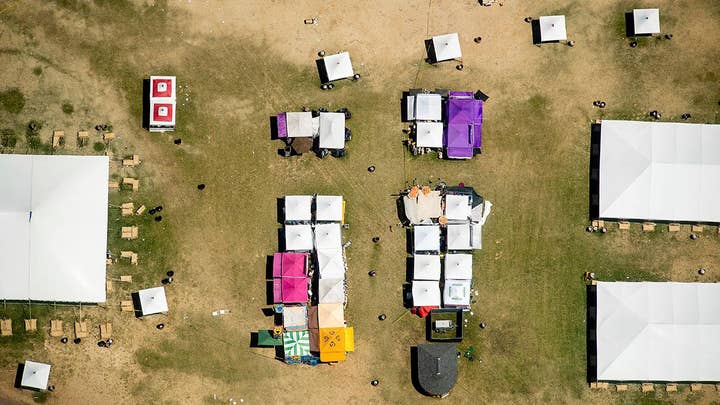 Smithee told reporters in the second news conference on Monday that police were “no closer to determining whether there was or was not a second suspect and if there was, what involvement they may have had.”

Investigators in northern Nevada said they searched an apartment located near Hawthorne, which Legan apparently used. The Mineral County District Attorney confirmed the search by the FBI and local sheriff’s deputies, The Associated Press reported, adding that the Mineral County Sheriff and a spokesperson for the FBI in Nevada declined to provide information about what was found.

The Santa Clara County District Attorney’s office in California announced Monday that a family-assistance center would help those affected by the shootings.

The services were to include grief counselors, assistance with filing claims for state funds for payment of medical bills and referrals to agencies for counseling and other aid.