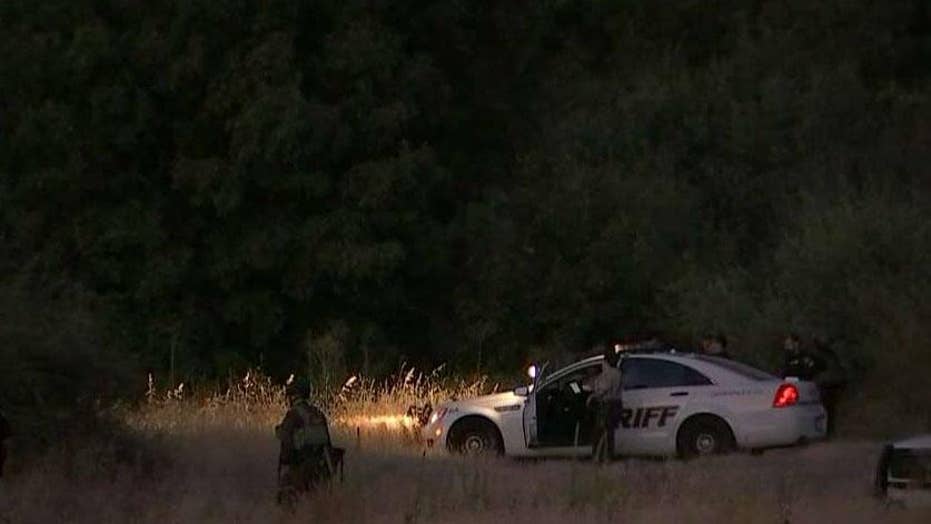 Eyewitness says Gilroy gunman was white male, didn't seem to be targeting anyone in particular

Gunman reportedly opened fire on crowd in front of music stage as band was performing at the Gilroy Garlic Festival in Northern California; Claudia Cowan reports from Gavilan College.

Witnesses at the Gilroy Garlic Festival on Sunday when a shooting broke out on the last day of the event described a chaotic scene filled with panic and uncertainty.

The band Tin Man was just starting an encore when shots rang out.

Jack van Breen, the lead singer of Tin Man, said he saw a man wearing a green shirt and grayish handkerchief around his neck going into the food area with what he said looked like an assault rifle.

Van Breen, who dove under the stage with members of his band, said he heard someone shout, “Why are you doing this?”

2020 DEMS SPEAK OUT ON GUN VIOLENCE

“Because I’m really angry,” he heard someone reply.

Evenny Reyes of Gilroy, 13, said she was just about to leave the festival with friends and relatives just before the shooting took place.

Reyes said she didn’t run from the scene because the gunshots sounded like fireworks. “It was like the movies — everyone was crying, people were screaming,” she told the Mercury News.

The teen described seeing a shooting victim with a bandana wrapped around his leg.

“There was a little kid hurt on the ground,” she added, “People were throwing tables and cutting fences to get out.”

Natalie Martinez, also a Gilroy resident, said she had gone to get food and separated from her two daughters. “I ran to find the girls … and we basically ran into each other,” she said. 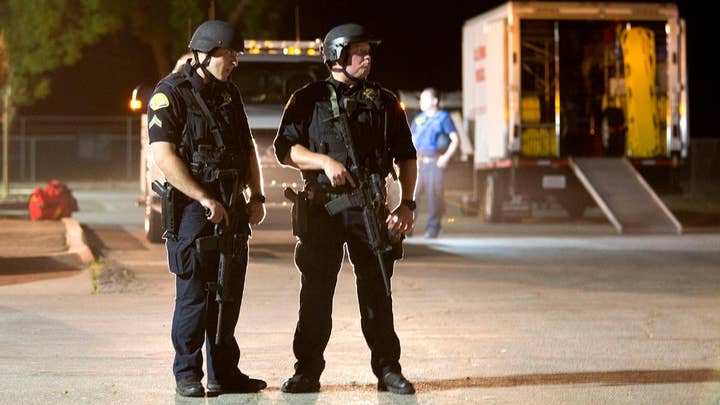 Authorities said three people were killed and about 15 were injured in the shooting. The gunman was engaged in under a minute by police and was fatally shot. Federal authorities are assisting local law enforcement in the investigation.

Taylor Pellegrini, 25, said she was sitting near the food court with her boyfriend and two friends when she heard what sounded like firecrackers.

“People were yelling ‘active shooter, active shooter,’ and some people tripped and stayed on the ground so bullets didn’t hit them,” she told the LA Times. “People were under tables and dropping their phones and whatever they had in their hands.”

She was able to get out of the venue quickly because she and her friends were close to the exit.

Pellegrini said security seemed weak at the local three-day festival, which was at its final day on Sunday. Her bag was checked at the entrance, she said, but one of her friend’s was not.

“I feel really scared,” she said. “It makes me not want to go anywhere anymore.”