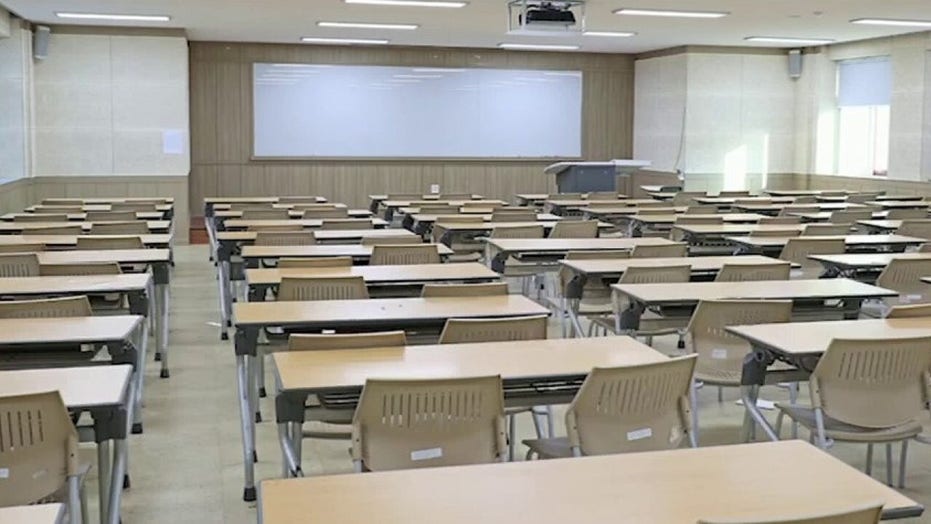 A Georgia elementary school has shut down a classroom after a second-grade student tested positive for the coronavirus just two days into the new academic year, while photos of students packed close together have raised questions over safety policies for in-person learning.

Cherokee and Paulding County, two of the first school districts in the country to reopen, resumed full five-day-a-week instruction on Monday. However, these early days of navigating educational instruction amid the COVID-19 pandemic are providing schools with new challenges.

Cherokee County School District officials announced Tuesday that a teacher at Sixes Elementary School near Canton and 20 other students were sent home to quarantine and learn online for 14 days after a student tested positive for the virus.

Meanwhile, Cherokee and Paulding schools have faced questions over their mask-optional policies.

In Cherokee County, dozens of seniors gathered at two of the district's six high schools to take the traditional first day of school senior photos, with students squeezing together in black outfits. No one in pictures at Sequoyah High School in Hickory Flat or Etowah High School in Woodstock wore a mask.

Paulding County Superintendent Brian Otott wrote in an email Tuesday that the pictures were accurate, according to The Associated Press, adding that the district is following state guidelines.

He said class changes are “a challenge" and that "it is an area where we are continuing to work on in this new environment to find practicable ways to further limit students from congregating.”

He added that “there is no question that the photo does not look good," but defended the district's decision not to require masks, writing that “wearing a mask is a personal choice and there is no practical way to enforce a mandate to wear them.”

Both districts are giving parents the option of five-day-a-week classes or online learning. In Cherokee, 22 percent chose to learn remotely, while 30 percent of students chose it in Paulding, The Associated Press reported.

Other school districts in the state are having students begin the year with remote learning.

The 180,000-student Gwinnett district said it would start instruction all-virtual on Aug. 12. It later announced that kindergartners, first graders, sixth graders, high school freshmen, and certain special education students would be back to school as early as Aug. 26, with other grades following in phases.