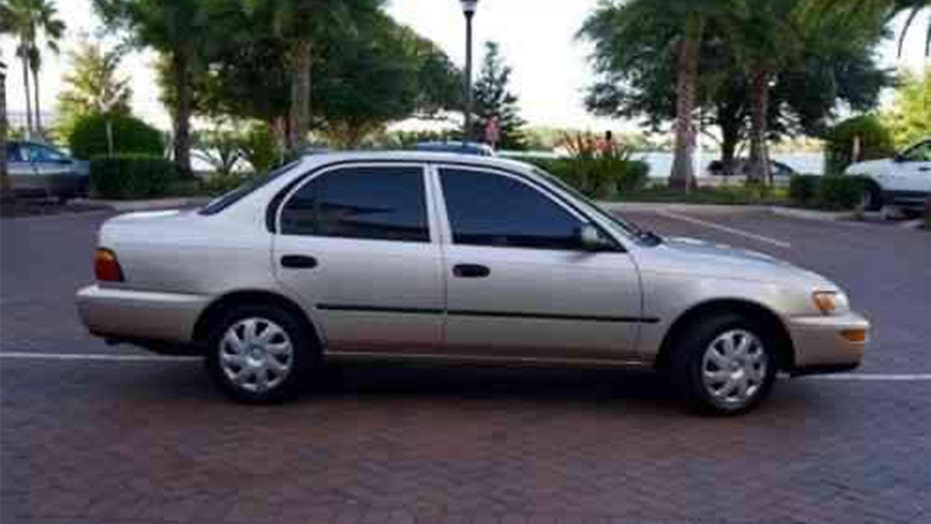 Authorities in Georgia are investigating the deaths of two women found under a highway bridge Wednesday morning as a homicide.

The bodies of stepsisters Vanita Richardson, 19, and Trevena Clarece Campbell, 31, were found by state transportation department workers along the banks of the Etowah River in Rome. Fox 5 Atlanta reported that bags had been placed over both victims' heads.

The pair were last seen Tuesday evening in a 1997 Toyota Corolla belonging to Richardson, the George Bureau of Investigation said Friday.

CENTER OF ARBERY MURDER INVESTIGATION HAS DISTURBING PAST FILLED WITH SCANDALS, CORRUPTION

Investigators released a photo of another 1997 Toyota Corolla in the same color.

GBI said it was looking for a 1997 Toyota Corolla in the deaths of stepsisters, found dead Tuesdy in Rome. (Georgia Bureau of Investigation)

“The vehicle’s location is not known at this time but investigators believe that it could be somewhere in the Metro Atlanta area,” GBI said.

Investigators were looking for anyone who may have seen the missing vehicle.

The women's cause of death has not been made public.

Richardson was supposed to graduate from Armuchee High School in Rome on Saturday, WYFF-TV reported.

“Vanita will be remembered for being a fun-loving, humble, and motivated student who was making strong plans for her future, the Floyd County School District in a statement, according to Fox 5 Atlanta.

The district’s statement on her death referenced the coronavirus pandemic.

“Even throughout the school closures, Vanita's passing is felt by all,” it said.