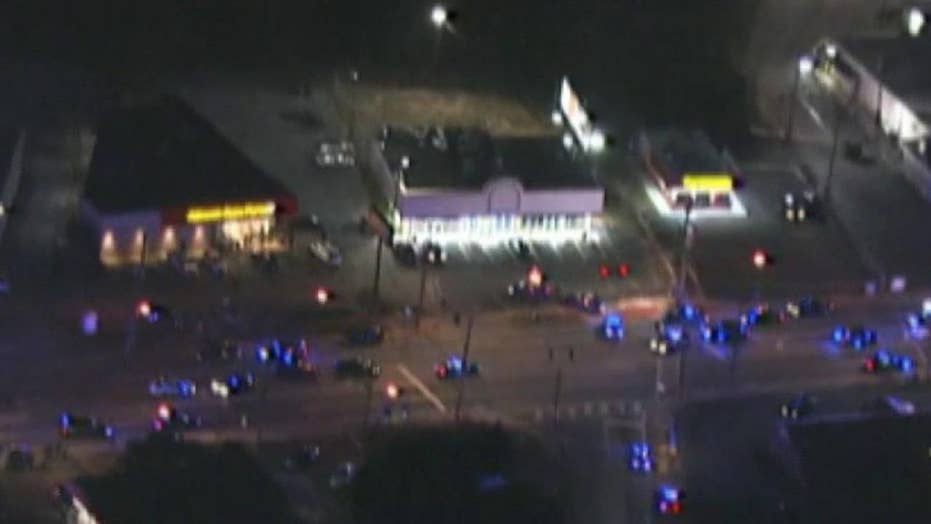 Police officer shot in the line of duty in Georgia

The deadly incident occurred after the officer attempted to stop a vehicle. The operator got out of the car and ran, DeKalb County Police Chief James Conroy told reporters, according to Fox 5 Atlanta. A foot chase ultimately ensued, during which "the suspect produced a handgun and shot the officer," Conroy said.

The police chief confirmed that the officer had died as a result of the injuries.

"I have sad news to report this evening," Conroy said. "Tonight a DeKalb County police officer died in the line of duty serving the citizens of DeKalb County."

A K-9 unit was among the responders who later arrived at the scene, Conroy said. The suspect shot the K-9 after law enforcement located him behind a business, the police chief said.

The suspect, described as an adult male in their 20s to 30s, also died, the police chief said.

Neither the officer, who Conroy said had been on the force for less than two years, or the suspect was immediately identified.

The K-9 was taken to a nearby veterinarian for treatment and listed as in critical condition, Conroy said.

Aerial video showed a swath of police vehicles that arrived at the scene.

The Georgia Bureau of Investigation (GBI) was called to investigate the shooting, the agency tweeted.

"We are forever grateful for his service and sacrifice," Kemp wrote about the officer. "Our prayers are with those who mourn."