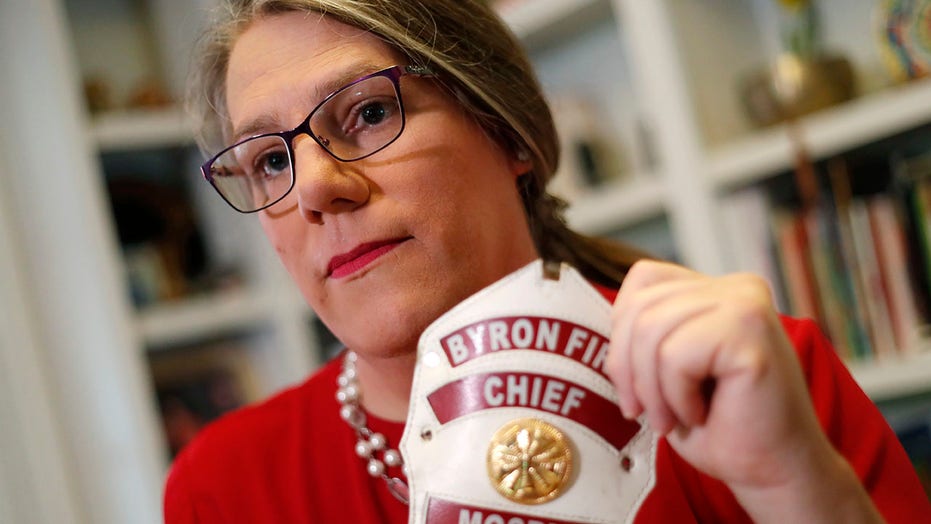 A former Georgia fire chief, who was fired 18 months after she began coming to work as a woman, has filed a federal discrimination lawsuit against the city of Byron.

Rachel Mosby led the city’s fire department for 11 years before her firing last summer. The June 4, 2019 termination letter made no mention of her gender transition. Instead, it cited poor job performance.

“They didn’t want somebody like me in that position, or any position with the city,” Mosby told The Associated Press in a September interview.

Mosby claims that losing her job not only cost her wages and retirement benefits, but also tarnished her reputation. In her lawsuit, filed Tuesday in U.S. District Court in Macon, Mosby said she was fired “based on her sex, gender identity, and notions of sex stereotyping.”

Mosby has filed a discrimination lawsuit in U.S. District Court after the EEOC took no action on a sex discrimination complaint she filed last year.(AP Photo/John Bazemore, File)

Byron, a small city in the Bible Belt about 93 miles south of Atlanta, hired Mosby as its fire marshal in 2007. She was promoted to chief in January 2008 after the city established its first professional fire department.

Mosby started working as a woman in January 2018, more than a year after she began her medical transition.

Mosby spoke to WMAZ-TV about leading the city fire department as an openly transgender woman a month before her firing.

“What I’ve found is that allies and friends have come from some of the most unexpected places,” she said at the time. “Everybody who knows me or has known me for some time says I’ve never seemed happier in my life.”

Mayor Michael Chidester told the AP in an email Tuesday that he had not seen Mosby's lawsuit. He denied her allegations that she was fired because of her transition.

“It has been the contention of the City since claims were filed with the EEOC that such claims had and have no basis in fact,” Chidester said.

The U.S. Equal Employment Opportunity Commission has treated LGBT-based job discrimination cases as illegal sex discrimination since 2013, but Mosby's lawsuit says the EEOC took no action after reviewing a complaint she filed last year with the agency.

The U.S. Supreme Court is due to decide whether firings and harassment based on a worker's sexual orientation or gender identity qualify as sex discrimination under the Civil Rights Act.

The court heard cases on that issue Oct. 8. Its ruling is still pending.