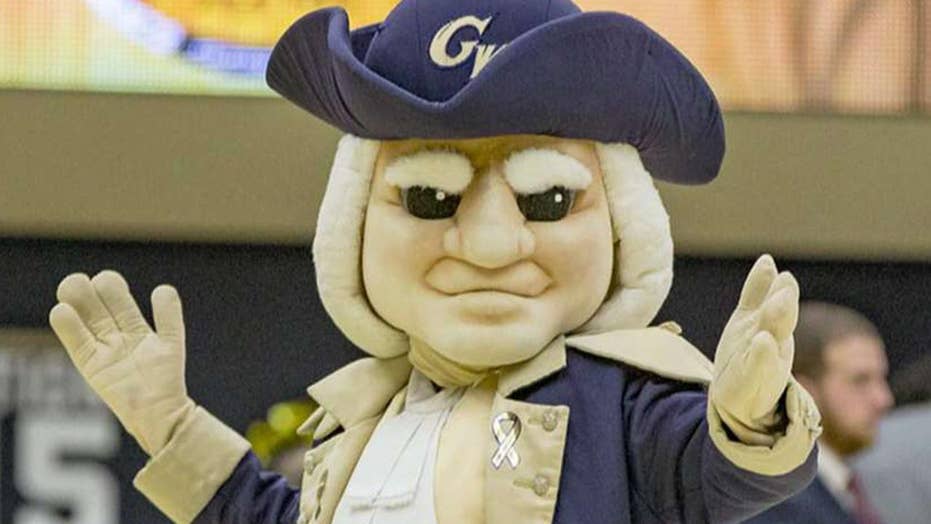 What’s in a nickname? To some at George Washington University, the near-century old “Colonials” celebrates imperialism and needs to go.

Some students at the Washington D.C. university are pushing to change the Colonials moniker, which for decades has been the name of the college’s sports teams and its health center.

The student-led push to change the nickname started in May of last year after a petition was signed by 538 university students. The petition said Colonials was “extremely offensive by not only students of the university, but the nation and world at large.”

The school’s Student Association, the student governing body, last month passed a resolution calling a referendum that would let all current students decide “whether or not the Colonials moniker is one that represents GW students.”

Critics call the effort to change the name misguided.

“The name Colonials is being stripped of its own historical meaning and wrongly treated as synonymous with ‘colonialism,” said George Washington law professor Jonathan Turley. “Not only were the colonials not a manifestation or celebration of colonialism, they were the very symbol of resistance to colonialism. They fought the British Empire to secure self-rule. In doing so, they defeated the greatest world power of its time.”

“They are,” he said, “by definition the antithesis of colonialism.”

Alternative monikers that have been bandied about include “Hippos,” “Riverhorses” and “Revolutionaries.”

Amy Martin, a student government senator who sponsored the resolution to change the name, called the term “extremely offensive.”

“A ‘Colonial’ is an actor of colonialism,” she said. “Even when we hear people say colonials are just people who lived in colonies, we have to consider how those colonies were set up and who lived there before [and] who was kicked out so the colonists could move in.”

Martin said the nickname not only disregards the suffering of native people in the past, but also the feelings of marginalized students right now.

“We need to listen to who feels disenfranchised by this term,” she said.

Michael LaPlace, an alumnus of the university, told Fox News that he thinks the nickname is great because it “ties into the university’s namesake.” He said he has seen Facebook posts from some GW alumni that are in the military.

Jake Corsi, who is also a student senator, said the effort to change the name “could be easily described as nothing more than a pet project of two far-left [Student Assembly] senators.”

He said he doubts the effort to change the name has widespread support.

“It represents a statistically minority of students. Out of the 26,000 students that attend GW, only 500 plus students signed the petition,” he said.

But it has gotten some support from faculty members. A history professor, Denver Brunsman, wrote an op-ed in the university’s school newspaper, The Hatchet, that said: “I can confidently say that Washington never called himself a “Colonial.”

Turley, a critic of the name change, said no matter how people feel about the issue, he does agree it’s an interesting conversation to have.

“This is a valuable discussion,” he said, “to have at the school.”

The student body is set to vote on the referendum the last week of March.