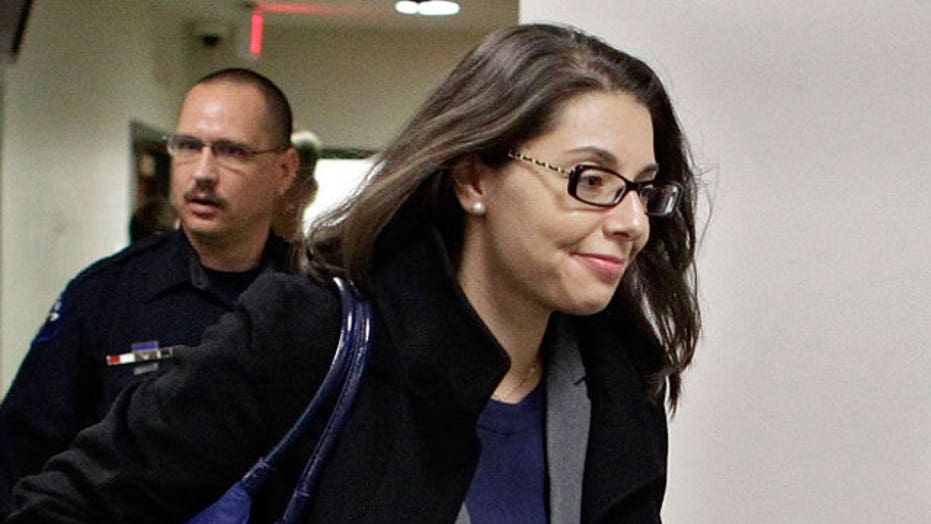 The fate of a FoxNews.com journalist rests in the hands of New York's top court, which is slated to begin deciding within hours whether she must go to Colorado and face possible jail if she refuses to reveal the source of a bombshell report on Aurora, Colo., gunman James Holmes.

Winter, who broke the story revealing that Holmes had sent a psychiatrist a notebook before going on a July, 2012, rampage that left 12 dead and dozens injured, is set to appear Tuesday afternoon before the New York State Court of Appeals in Albany. Winter and her legal team are hoping New York's strong protections for journalists will prompt the judicial panel to quash a subpoena issued by a lower court that required Winter to take the stand in Colorado.

Winter is also asking the New York high court to recognize the damage the subpoena is causing her career as an investigative journalist. Winter, who has steadfastly protected her sources on the story, could face jail time in Colorado if she is ordered to reveal her sources and refuses.

“We are hoping that the high court will agree with our position that the subpoena should be quashed,” said Dori Ann Hanswirth, lead attorney on Winter’s legal team and a veteran of 30 years representing journalists and media organizations. “What could happen to Jana in Colorado would never happen in New York.”

New York’s shield law, among the strongest in the nation, bars the jailing of journalists for refusing to identify sources.

Winter's case before the court will be argued by Christopher Handman, a Washington, D.C.-based partner and appellate specialist at the Hogan Lovells firm. Handman has argued dozens of appeals throughout the country and has been actively involved in Winter's case.

A lower New York court, at the request of Holmes’ defense team and with authorization from the Colorado court, issued a subpoena last January requiring Winter to appear in Colorado for the purpose of giving testimony. An appellate court ruled 3-2 against Winter, but the close decision automatically triggered her right to take the case to the Court of Appeals.

Holmes’ attorneys claim whoever spoke to Winter violated a gag order imposed on those involved in the investigation. But Winter’s defense team maintains the subpoena should have never been approved by the lower court in New York, where the shield law provides much more vigorous protection of journalists than a similar but weaker shield law in Colorado.

Numerous media organizations and First Amendment advocates have issued statements and spoken on Winter’s behalf in the case. They argue the courts in both states have sent a chilling message to journalists, who need the protection of shield laws to do their jobs and keep the public informed. Without that protection, Winter’s supporters argue, journalists and whistleblowers are much less likely to reveal vital information in the public interest.

“The lower court [in New York] saw its role as extremely limited, regardless of defenses or First Amendment rights,” Peter Scheer, executive director of the First Amendment Center, told FoxNews.com.  “The question is what should the court in New York have done? Should the subpoena even be enforced?”

Scheer and others have argued that Winter’s testimony is not needed for central issue related to the Holmes case – a key requirement of the Colorado law that was applied to Winter. Holmes’ attorneys have admitted that he carried out the horrific attack.

“The fact is that it has to do with punishing [the source], but that is not important enough to outweigh the First Amendment,” said Scheer. “It’s really just to vindicate the authority of the Colorado court that imposed this gag order.”

If the New York court does not quash the subpoena, Winter must appear before Arapahoe County District Court Judge Carlos Samour Jr. on Jan. 3, and either reveal her sources or face an indeterminate jail term.

Winter’s defense team has also argued that the lower court in New York failed to consider how the subpoena has hampered her ability to do her job. News of her court battle has prompted some long-time sources to refuse to speak to Winter, and she has lost numerous leads on various news stories—harm that her lawyers said the New York Shield Law was designed to prevent.