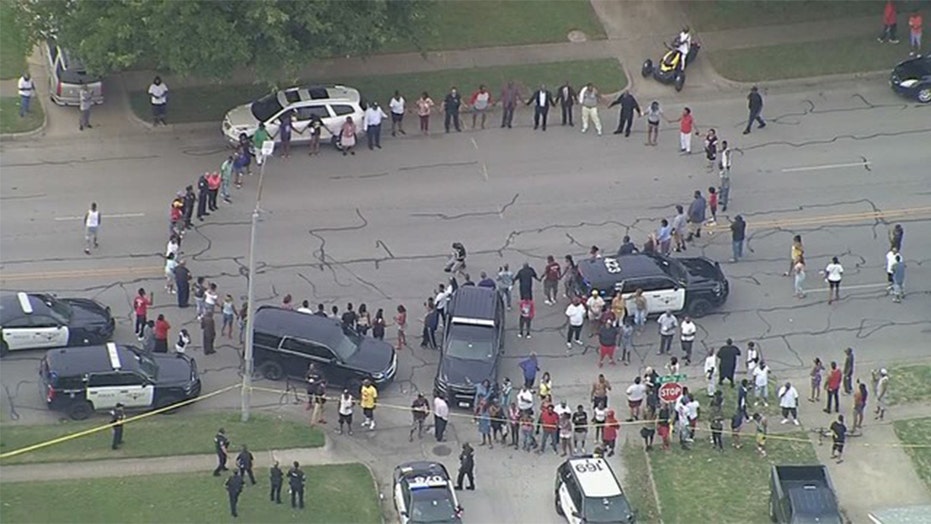 A deadly officer-involved shooting unfolded Sunday in Fort Worth, Texas, as police said they tried to arrest a suspect for aggravated assault with a deadly weapon.

Fort Worth Police told Fox News the shooting took place in the east part of the city around four in the afternoon.

They said as officers were searching for the suspect, they spotted him get into a vehicle with two other people.

An officer-involved shooting took place in Fort Worth on Sunday. (Fox 4)

Police told Fox News when they tried to pull over the driver, all three people inside ran off. Two suspects were taken into custody, but the third was found hiding in a nearby truck, according to the Fort Worth Police Department.

Police said when officers tried to arrest the man “shots were fired” and the man was shot and killed by officers.

A police spokesman said the man was found with a gun.

Officials said the man shot by police was found with a gun. (Fox 4)

Information about the man, including his age, was not immediately available; however, police said all three in the group were adults.

When asked if anyone else was injured during the officer-involved shooting, a police spokesman told Fox News, "I have not been advised of any other injuries."