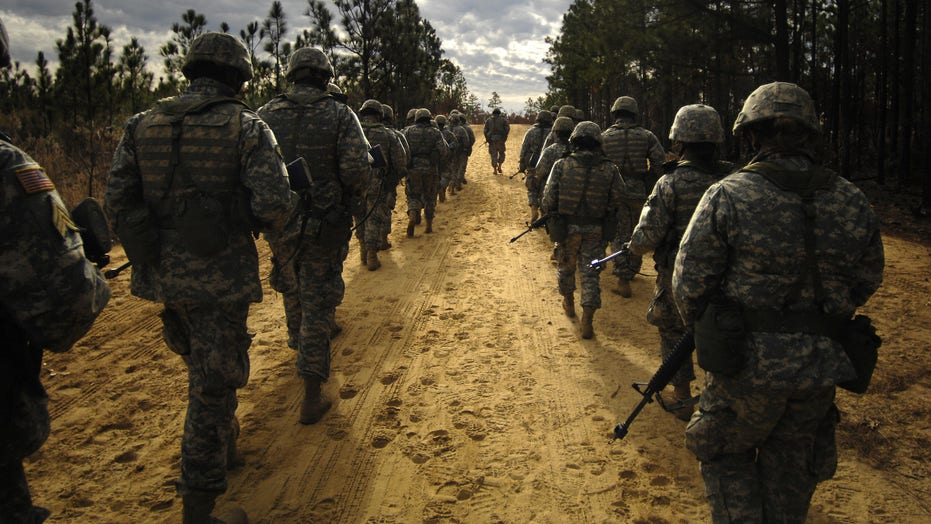 A 29-year-old soldier in basic training was found dead in his barracks at Fort Jackson in Columbia, S.C., on Saturday, Army officials said, marking the fourth death of a soldier at the base in the past year.

The active-duty soldier from Wisconsin was not immediately identified. The base is holding a 48-hour training stand down following the death, the 1st Battalion, 13th Infantry Regiment said in a statement.

“A loss of a loved one and teammate is never easy,” said Fort Jackson Commander Brig. Gen. Milford H. Beagle, Jr. “We extend our deepest sympathies to his family and friends. Know we are providing comfort and assistance to all who knew him.”

While the cause of death was under investigation, the base said it was unrelated to COVID-19 and active field training exercise. No further details were immediately given.

Three other soldiers-in-training have died at the base within the past year.

An 18-year-old soldier from North Carolina died after experiencing a "medical emergency" ahead of a training exercise on Sept. 21, 2019.

Pvt. Conner J. McGurran, a 19-year-old Minnesota National Guard soldier, was found unresponsive at the base on Jan. 8 and later died, the Army Times reported.

In March, Pvt. Angel Cortes, a 29-year-old soldier from Connecticut, died after suffering a medical emergency while “conducting a non-strenuous activity,” according to the State.