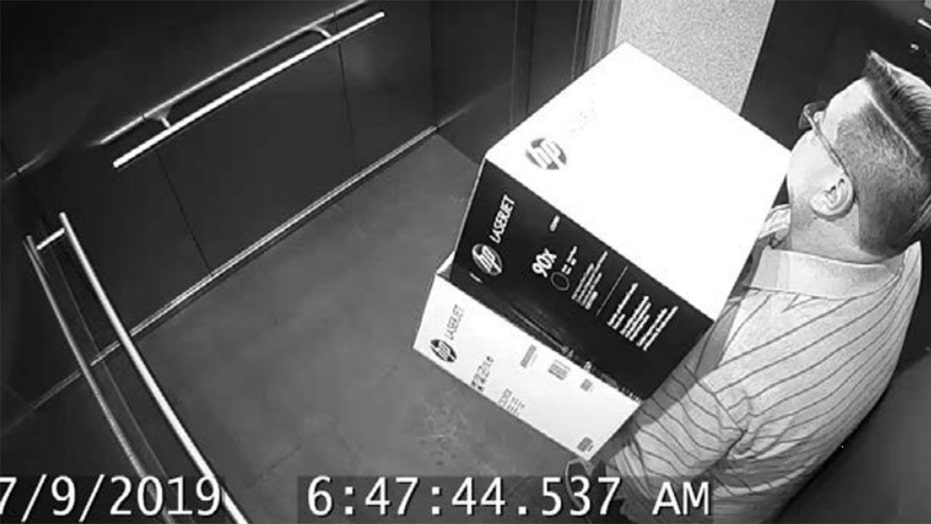 A year-long government audit has led to an arrest in what investigators said was the theft of $1.3 million in printer toner from the public library in Austin, Texas, according to reports.

The accused thief, Randall Whited, worked for the library and was in charge of purchasing supplies with little oversight, according to reports.

Auditors with the city of Austin said that during their investigation they uncovered evidence Whited was selling the stolen toner online, Fox 7 Austin reported.

He bought ten times more toner than the library needed, according to the audit released Monday.

“It’s probably the biggest fraud investigation the city audit has had by about two folds,” said Brian Molloy, chief of investigations for Austin's Office of the City Auditor, according to the station.

Security camera footage of Randall Whited taking toner boxes from his Austin Public Library worksite was listed as Exhibt One in a City of Austin audit accusing him in the theft of $1.3 million in toner from the library.<br>    (City of Austin Office of the City Auditor)

Molloy said Whited was seen in surveillance video carrying boxes of toner from the library out to his car at 6:30 a.m., the station reported.

Molloy believes the bulk of the stealing took place between 2015 and 2019, the year Whited was fired.

The investigator said the library's lack of procedures and policies allowed the thefts to happen.

Whited is scheduled to be arraigned on a theft charge next week.

The Austin American-Statesman reported that Whited has a rap sheet of theft arrests that stretches back to the mid-1980s.

He did not provide a response to the audit, auditors said in their 72-page report.

The library said it has already addressed the audit's findings.

“We have updated our purchasing operations and strengthened internal controls to eliminate opportunities for fraud and waste,” library director Roosevelt Weeks said.