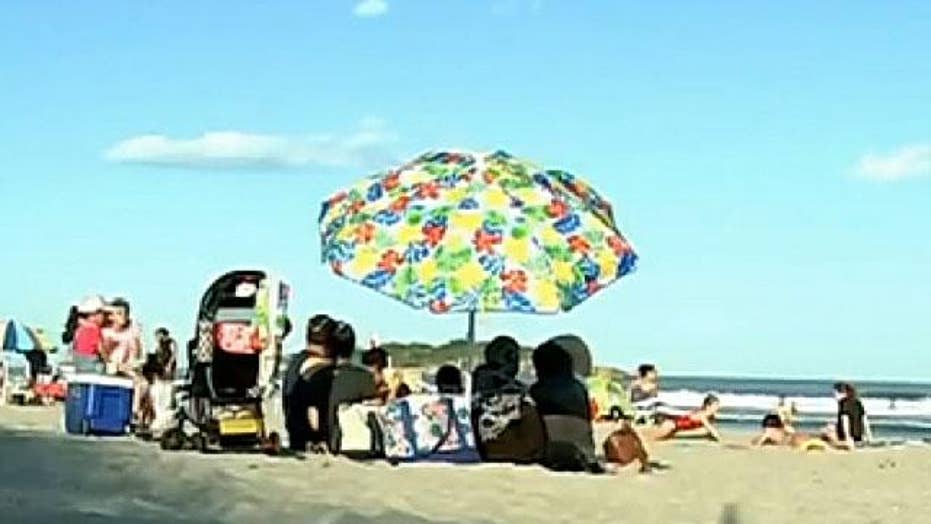 Teen hospitalized after being struck by beach umbrella

Raw video: A 13-year-old boy was hospitalized after being impaled in the shoulder by an umbrella at a beach in Gloucester, Massachusetts.

A 13-year-old Florida boy was hospitalized Friday after he was impaled by an umbrella at a Massachusetts beach, authorities said.

Gloucester first responders responded to a call around 1:40 p.m. Friday after reports that an umbrella at Good Harbor Beach had become dislodged and struck a young victim in the left shoulder, Boston 25 reported.

“Went up in the air and hit a couple of ladies in the head and came down and impaled the poor boy right in the armpit and there was blood everywhere,” witness Laura Wood, of Rawley, told the news station.

An EMT and a nurse who were already at the beach rushed to help the teenager -- who was visiting from Florida -- until first responders arrived.

Gloucester fire captain Nick Ouellette told Boston 25 that the boy was alert and talking before he was transported to Beverly Hospital for treatment.

“To my best guess, it was a freak accident,” he said.

The boy is expected to recover.

"If there's any lesson to be learned [it's] that people have to get those anchors," Stephanie Peters of Cambridge told Boston 25. "That's the only thing, get those plastic anchor things and it's not going to blow away, but if you just stick in the sand that's what's going to happen."