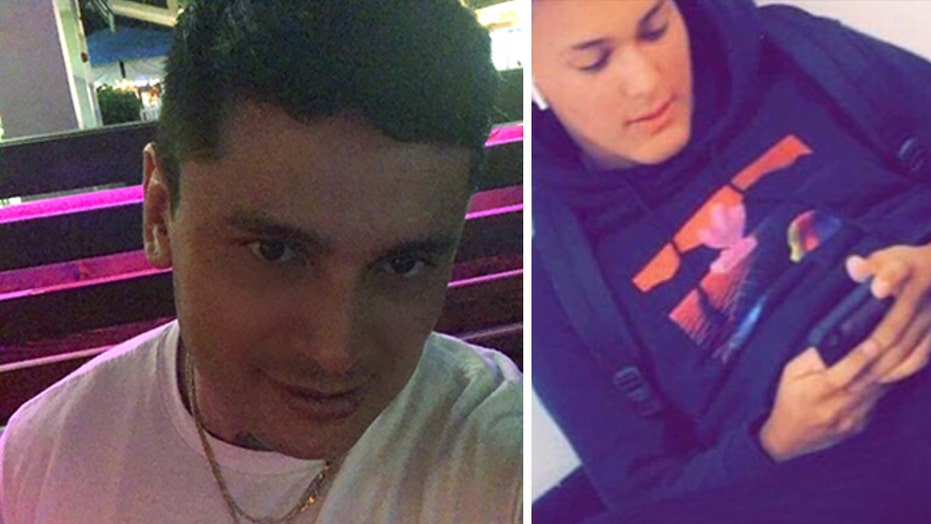 A Florida teenager who risked his life to save a mother and her 9-year-old son from drowning died on Wednesday after he was taken off life support.

Christian Burgos, 17, a senior at Booker T. Washington Senior High School in Miami, got caught in a strong current in the waters off Virginia Key on Monday as he rescued the mother and son, a Jackson Memorial Hospital spokesperson told Local 10 News.

Burgos reportedly had to be pulled to shore and firefighters performed CPR on the teen, who was then transported to the hospital’s trauma center in critical condition.

The mother, 25, and her child were also taken to the hospital as a precautionary measure.

“If it weren’t for him, I wouldn’t be alive right now," the rescued mother, Elvia Venegas, told WFOR-TV in Spanish.

“I am just eternally grateful at this moment. That’s all I can say right now.”

Christian Burgos, 17, who risked his life to save a mother and her 9-year-old son from drowning died on Wednesday after he was taken off life support, according to local reports. (GoFundMe)

"I'm not surprised at all that he did that because, you know, he's that kind of person," Local 10 News reported Burgos' cousin, Katherine Zamora, said.

Burgos' soccer coach, Veronique Toussaint, reportedly told the news outlet, "He was friends to many students, and they're all there sitting together consoling each other and looking at what they can do now to move forward to help each other and to help the family.”

Burgos’ mother is a single mom and his father was recently deported to Nicaragua, according to a GoFundMe page created this week to help with his medical bills. The page said he was in a coma after the rescue and doctors gave him a two percent chance of surviving.

On Wednesday afternoon, the Burgos family reportedly released a statement: “Our little hero has passed away ... We want to thank you all who have been praying for his supernatural recovery.” The statement also asked for prayers.

WFOR-TV reported that Burgos’ mother, Maria Del Carmen Avenado, said, “He’s the best son. He’s the most beautiful person I have had. He is a hero. I am happy and I am sad because I wish this had not happened to him.”

Another cousin of Burgos, Nelly Alvarado, told the station: “I am honestly very proud of him. It was a selfless act. He didn’t think twice to go and help people. I know it was just instincts just like he has done for everyone his whole life helping other people. He would be happy to know that he saved two people and he will be happy again.”

Miami-Dade Schools Superintendent Alberto Carvalho tweeted: “With deep sadness, I join @BTW_SHS (Booker T. Washington Sr. High School) & the entire @MDCPS (Miami-Dade County Public Schools) family in mourning the passing of a kind & giving teen who left an indelible mark on those who knew him. One whose courageous actions will live on forever. Sincerest thoughts are w/Christian’s family.”

Miami Shores FOP (Fraternal Order of Police) tweeted on Wednesday, “Cristian Burgos at the young age of 17, sacrificed his life to save a 9 yr (year) old and 25 yr (year) old, drowning in the waters off Miami. No word other than HERO can describe him!”