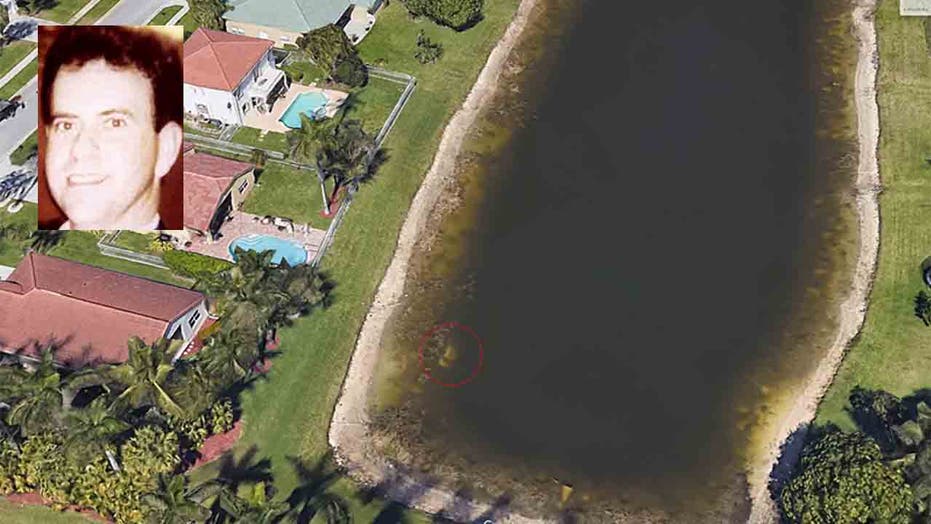 The skeletal remains of a Florida man missing for more than 20 years were uncovered last month when an eagle-eyed hobbyist spotted a vehicle submerged in a pond -- thanks to Google Earth.

William Earl Moldt, 40, disappeared in Wellington sometime after 11 p.m. on Nov. 7, 1997. The last time he was seen -- leaving a nightclub on his way home -- he reportedly was alone and did not appear intoxicated, according to the National Missing and Unidentified Persons System.

Nearly 22 years later, the mystery of Moldt's disappearance remained unsolved -- until last month. That's when Palm Beach County Sheriff’s deputies were called to the Grand Isles development after a resident found a submerged vehicle in a retention pond, the Sun-Sentinel reported.

The skeletal remains of William Earl Moldt were found inside a submerged vehicle spotted in a retention pond on Google Earth. (The Charley Project)

DNA LEADS TO IDENTITY OF SUSPECT IN 1972 MURDER OF CALIFORNIA GIRL, 11

After the waterlogged car was pulled from the pond, responding deputies discovered the skeletal remains inside.

“The vehicle’s exterior was heavily calcified and was obviously in the water for a significant amount of time,” the sheriff’s office said, according to the newspaper.

According to the Charley Project, which keeps an online list of missing people, the car was first spotted by someone looking at images on Google Earth.

“Amazingly, a vehicle had [been] plainly visible on a Google Earth satellite photo of the area since 2007,” the project said.

A submerged vehicle, with the skeletal remains of William Earl Moldt, was found after being spotted on Google Earth. (Google Earth)

The satellite image shows a car resting on its side near the ledge of the pond behind a row of residences near the 3700 block of Moon Bay Circle. According to the Sun-Sentinel, the area was under construction when Moldt disappeared.

On Tuesday, the remains were positively identified as Moldt. No further details were released.