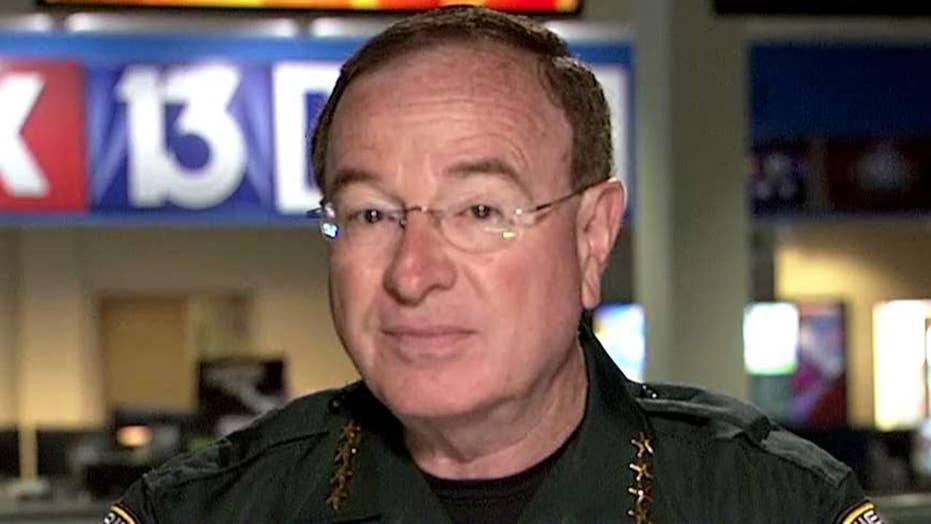 Florida sheriff pleads for help after seizing $1.4 million worth of meth smuggled from Mexico

A sheriff in Florida warned Thursday of dangerous drug smugglers infiltrating the U.S. after his department seized 50 pounds of methamphetamine with a street value of $1.4 million during an undercover drug trafficking investigation.

Speaking on “Fox & Friends,” Polk County Sheriff Grady Judd said it makes him “absolutely crazy,” adding, “You want to just pull your eyeballs out” when it was revealed the alleged leader of the group of drug smugglers is an illegal alien.

According to the Polk County Sheriff’s Office, the meth came into the U.S. from Mexico.

“He was the main person, and the person that was setting up the drugs in Mexico was a person that we deported from this country, and two other of the multi-kilo dealers just arrived from Mexico two months ago. It’s like we need some help here,” said Judd.

According to the Polk County Sheriff’s Office, 47 suspects have been charged for their participation in the large-scale investigation called, “Operation Meth Death Peddlers.” Of those arrested, nine are allegedly in the country illegally.

The operation was conducted during 2018 and 2019 in collaboration with several agencies, including the U.S. Border Patrol.

TRUMP WARNS MEXICO OVER GUNS DRAWN ON US TROOPS: 'BETTER NOT HAPPEN AGAIN!'

He added that drugs that cross the border end up all across the country and are not isolated to states along the border.

“I believe some people are naive. Some people are in denial" regarding the nearly 1,000 meth-related deaths, but added "something needs to be done.Think about that. Now that is just the state of Florida and that doesn't count the rest of the nation,”

He charged that illegal aliens are to blame for bringing in thousands of pounds of meth across the border into the United States.

“In fact, one of these guys was stopped on four different occasions – and wasn’t detained, was documented, it was a catch-and- release, and he self-deported, and came back and self-deported and came back. Why? Because that’s the drug trade,” Judd said.