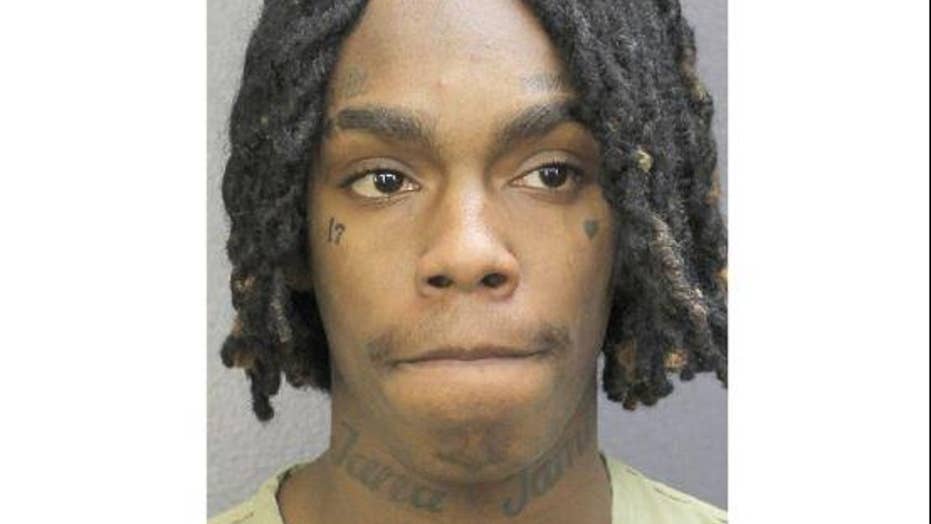 Police: Florida rapper YNW Melly shot and killed two rising artists in October and attempted to cover up the slayings

Florida rapper YNW Melly, best known for his song "Murder On My Mind," shot and killed two rising rap artists he called his “best friends” in October and attempted to cover up the slayings by making them appear to be the result of a drive-by shooting, police said Wednesday.

The 19-year-old rap star, whose legal name is Jamell Demons, was charged with two counts of first-degree murder in the deaths of Christopher Thomas Jr., 19, and Anthony Williams, 21, Miramar police said. Melly’s friend, Cortlen Henry, 20, was also arrested in Houston, Texas, last month in connection with the deadly shooting. He faces charges of murder and accessory after the fact to the first-degree felony charges.

Melly appeared in court Thursday where a judge ordered the 19-year-old be held without bond.

Before he was placed in handcuffs, Melly posted on his Instagram he was turning himself in to police and thanked his fans for their support.

“To all my fans and supporters no I did not get locked up in Washington , but I am turning myself in today I want you guys to know I love you and appreciate every single one of y’all,” the rapper wrote in his Wednesday post. “A couple months ago I lost my two brothers by violence and now the system want to find justice.. unfortunately a lot of rumors and lies are being said but no worries god is with me and my brother @ynw.bortlen and we want y’all to remember it’s a ynw Family I love you @ynwsakchaser1 and @ynwjuvy #freeus.”

YNW Melly in his music video for "Murder On My Mind." (YouTube)

Thomas and Williams were in South Florida on Oct. 26, 2018 when they were struck by a hail of bullets. They arrived at the hospital suffering from multiple gunshot wounds while inside a Jeep, driven by Henry, and pronounced dead, the Sun-Sentinel. Police initially believed an evening drive-by shooting had occurred, but couldn’t pinpoint what led to the fatal shootings.

Henry gave a statement to police, but his account of the night didn’t match up with evidence detectives uncovered at the scene. Henry was arrested last month and extradited to Florida.

Miramar police believe Demons shot and killed Thomas and Williams and, with the help of Henry, “staged the crime scene to resemble a drive-by shooting.”

Melly — who recently collaborated with Kanye West on the song "Mixed Personalities" — mourned his friends’ deaths days after the shootings. At the time, Melly’s attorney Bradford Cohen told the Sun-Sentinel that his client was “upset, obviously. Those were his best friends.”

Melly also posted his own tribute in October, tweeting: “They Took My Brothers From Me Over Jealousy I know y’all watching over me…and after, they wanna see me break down and stop or in jail or a box...”

Melly had been regarded as one of the hottest emerging rappers in Florida and he released his first studio album in January. He has nearly 5 million monthly listeners on the music streaming service Spotify.

In the song "Murder On My Mind," Melly writes:

"Yellow tape around his body, it's a f---ing homicide
His face is on a T-Shirt and his family traumatized
I didn't even mean to shoot 'em, he just caught me by surprise
I reloaded my pistol, cocked it back, and shot him twice
His body dropped down to the floor and he had teardrops in his eyes
He grabbed me by my hands and said he was afraid to die
I told 'em it's too late my friend, its time to say "Goodbye"
And he died inside my arms, blood all on my shirt
I wake up in the morning I got murder on my mind
AK47, MAC-11, Glocks, and 9's"

Police did not release a motive in the shooting. Williams, known as YNW Sakchaser, and Thomas, known as YNW Juvy, were believed to be Melly’s lifelong friends.