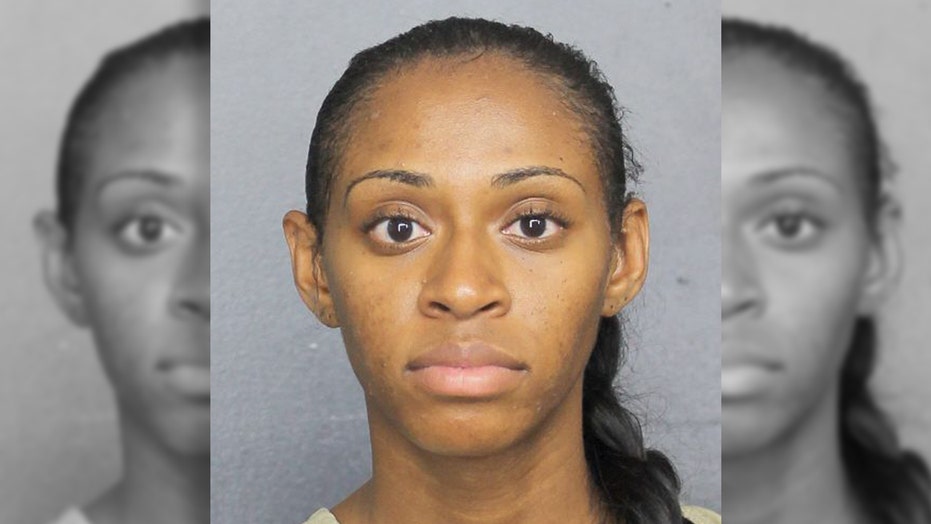 A 25-year-old Florida mother was arrested on Monday after she left her young child in a locked car while at a job fair, police said.

The woman, Amber Collier of Miami Gardens, has been charged with neglect of a child.

On Monday about 11:40 a.m., police said, they were called to a Sam’s Club about 25 minutes from Collier’s home “in reference to a child locked inside a vehicle” for more than an hour. Police said the store's staff notified officers.

When officers arrived, they saw the child inside the back seat and said she was “visibly upset,” according to a probable cause statement. Officers told the child to unlock the car.

Collier told police that she left her daughter in the car so she could participate in a job fair, according to court documents. She reportedly told police she gave her daughter her cellphone in case of emergency.

Police said Sam’s Club surveillance cameras showed Collier entering the store at 10:30 a.m. and not coming back out for more than an hour.

The car was left on and the air-conditioner was cooling the vehicle while Collier attended the job fair, according to police. The child was not seriously hurt, according to court documents.

The media outlet reported that prosecutors pointed to the length of time that the 4-year-old was left alone and told the judge the concern is, “in that period, over an hour, anybody could have gone to that car and taken that child."

The judge set Collier's bond at $2,500 and ordered that she not have any contact with her daughter pending the outcome of a family court hearing, according to WPLG.