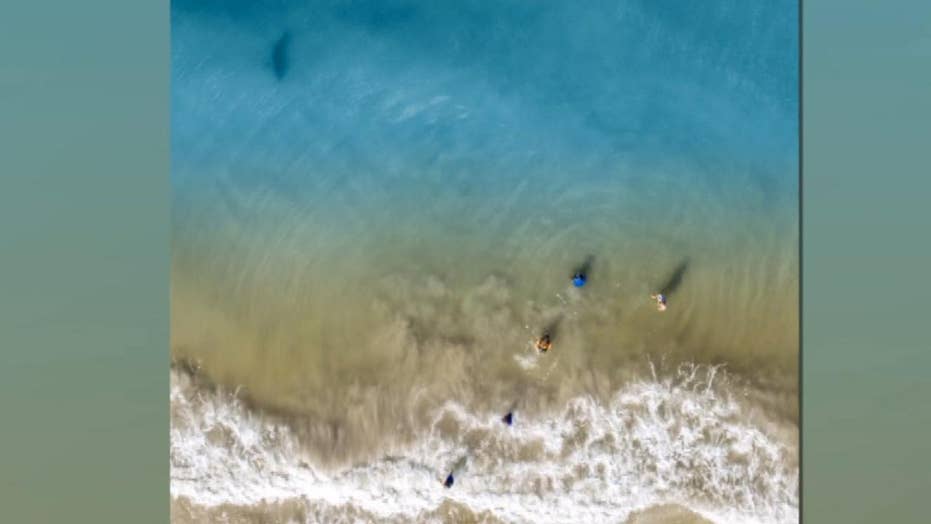 Father flying his drone spots a shark lurking towards his kids playing in the ocean in New Smyrna Beach, Florida.

A Florida family’s summer beach outing was interrupted when a dad said he spotted a shark lurking through the shallow water near his three young children.

Dan Watson told FOX35 Orlando he unwittingly snapped photos of what appeared to be a shark approaching his kids at New Smyrna Beach last week while taking overhead pictures with his drone.

“Kids were playing in the beach and I just decided, ‘Hey, now’s a good time to get a picture of them overhead,” he told the station. “Literally, as soon as I got it into the air, I started seeing a shadow moving through the water right towards them.”

Dan said he immediately ran to his wife and told her to get the kids out of the water.

In one photo, the family rushes out of the water as the shadowy figure swims just off the beach.

“When you think of a shark, you think of them in deep water, you don't think of them extremely close, and you don’t think they’ll come in knee-deep water … it is terrifying to see them come that close to my kids,” Sally Watson told Central Florida station News 13.

Florida recorded 16 unprovoked shark attacks in 2018, the most of any U.S. state, according to the Florida Museum of Natural History’s International Shark Attack File.