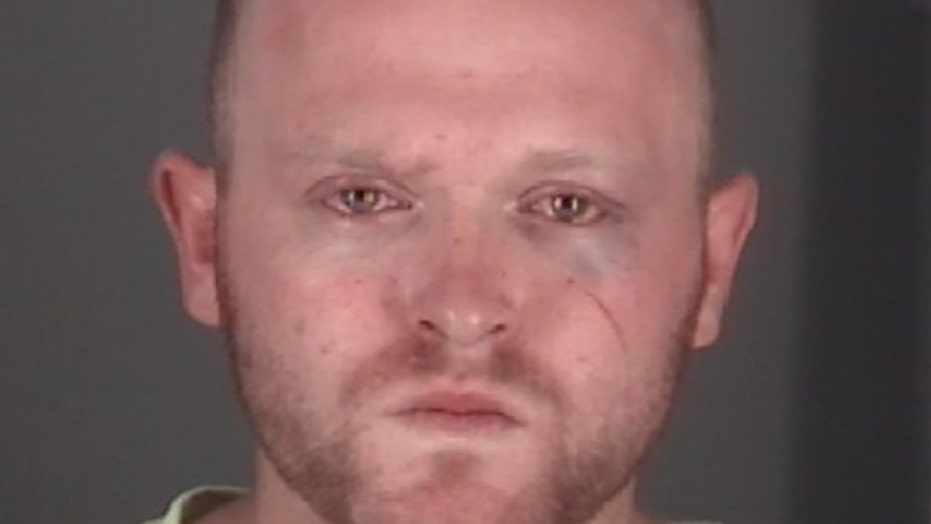 A Florida man was arrested Monday after police say he caused a car crash and then used a Taser to threaten bystanders who'd gathered at the accident scene.

The Florida Highway Patrol said the incident began when Nicholas Wagner, 23, ran a red light in Port Richey and hit a car filled with teenagers, prompting several people nearby to rush over and offer help, according to WFLA-TV.

But Wagner reportedly became angry and started threatening the Good Samaritans with a Taser, according to the station.

“The person we arrested broke out a Taser, started threatening people with Tasers, started chasing people with the Taser, actually dry stunned one of the victims in the chest,” Pasco Sheriff’s Office spokesman Kevin Doll said.

Wagner told WFLA-TV, however, that the situation only deteriorated after one of the bystanders began yelling at his sister, who'd since arrived at the accident scene and whose car Wagner was sitting in trying to collect himself.

'INVASION' OF LAND CRABS AT FLORIDA HOME CAUGHT ON VIDEO

“He started getting vulgar with my sister and everything and that’s when I freaked out, I had a lot of anxiety," Wagner said. "I was sitting in my sister’s car, he wouldn’t leave me alone."

Rich Abbate, one of the people who Wagner allegedly Tased, told FOX13 News he and some of the others who'd gathered thought Wagner was going to leave the scene of the crash when they saw him climb into his sister’s car. Abbate said he doesn’t regret getting involved.

“This isn’t going to deter me in any way shape or form,” he said. “As long as there is a victim out there, I think I’ll do whatever I can to help.”

Wagner told WFLA-TV he only used the Taser out of self-defense.

“I was sitting in my sister’s car and he wouldn’t leave me alone and I ended up getting out of my sister’s car to tell him to pretty much back up, get away dude, I have problems,” he said. “That’s when this man kept going and kept going and I felt like he kept trying to come closer and closer to me and I zapped it. I never once touched the man.”

Police contend Wagner didn’t have the right to use his Taser, though, and he was arrested and charged with aggravated assault with a deadly weapon.

The teens involved in the crash were reportedly in good condition.