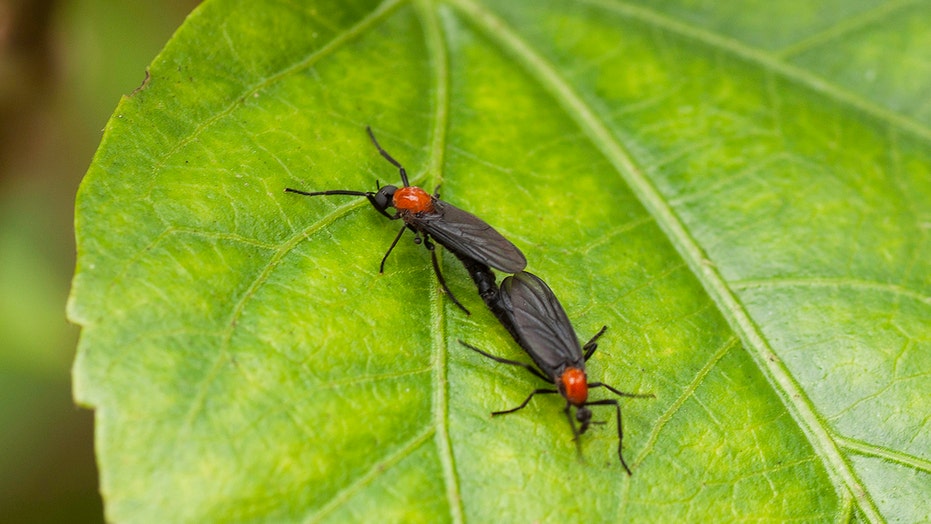 Fox News Flash top headlines for May 14 are here. Check out what's clicking on FoxNews.com

A Florida man was seen in a viral video using moves seemingly taken from “The Matrix” film to dodge a swarm of lovebugs as he tried to get through the front door of his house.

Devirus Pollard posted the video of his battle with the bugs on Facebook with the caption: “This love bug season got me like...”

Pollard is seen boxing with the harmless intruders, kicking, punching and dodging his way to his house. He even appears to use moves similar to Keanu Reeves’ character, Neo, from the 1999 film “The Matrix." Neo famously dodges a hail of bullets in slow motion in the flick.

Mating season for the lovebugs, the pests also known as Plecia nearctica, begins in May, with a second round in September, and typically lasts four weeks, according to the University of Florida. They are active throughout the summer and are often attached to a mate.

While harmless to humans, the insects can be a nuisance. If the bugs’ guts are splattered onto a car, the acid can ruin its finish if not cleaned immediately, FOX13 Tampa reported.

Lovebugs aren’t native to the state, according to the University of Florida. The invasive species originated in Central America and migrated through Texas and Louisiana before arriving in Florida during the 20th century, the university’s website said.

Pollard's video has been viewed nearly three million times since he posted it May 6.