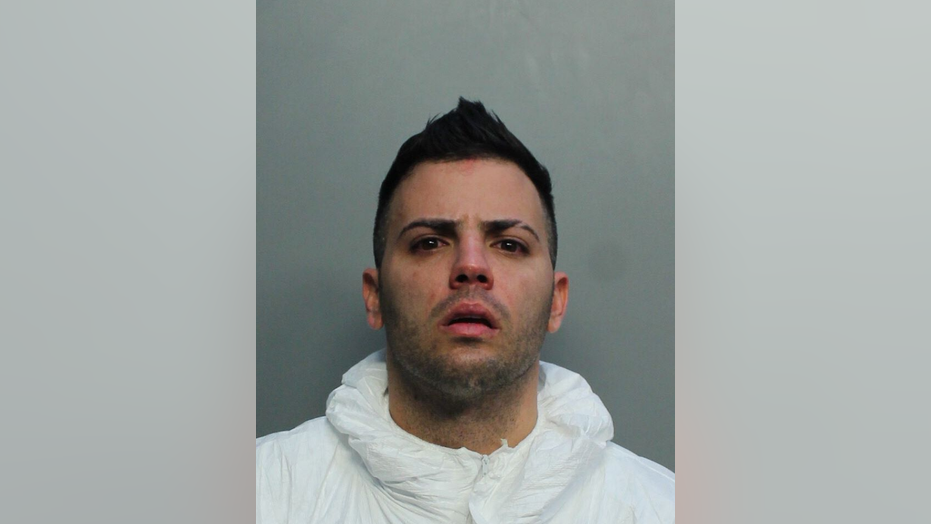 A Florida man turned himself in to police on Sunday after he allegedly shot his mother to death following a series of arguments involving a car, orange juice and an air conditioning remote control, according to reports.

Luis Martin Pages, 29, of North Miami Beach, called 911 on Sunday, telling authorities he “lost it” and shot his mother at a home in the Miami area, a police report said. The victim, Miriam Gonzalez, 59, was found dead at the scene.

“I killed her. Take me to jail," Pages allegedly told an officer who arrived at the home around 5 p.m., police said, according to Miami's WPLG.

Pages allegedly told detectives that a series of arguments led to the fatal shooting, including disputes over borrowing his mother’s car and then about orange juice in the fridge. He allegedly said his mother threatened him with a knife. Pages asked for the air conditioning remote, which led to another argument, according to the arrest report.

FLORIDA MAN ARRESTED FOR ALLEGEDLY SHOOTING 19-YEAR-OLD IN BACK WAS OUTSIDE BOUNDS OF 'STAND YOUR GROUND,' AUTHORITIES SAY

He allegedly shot his mother multiple times, before turning the gun on himself, the station reported. Pages allegedly told investigators he called 911 after realizing the gun was out of bullets.

He was arrested and charged with second-degree murder. He was booked into the Turner Guilford Knight Correctional Center around 1 a.m. on Monday, jail records show.

He was given no bond and could face life in prison.