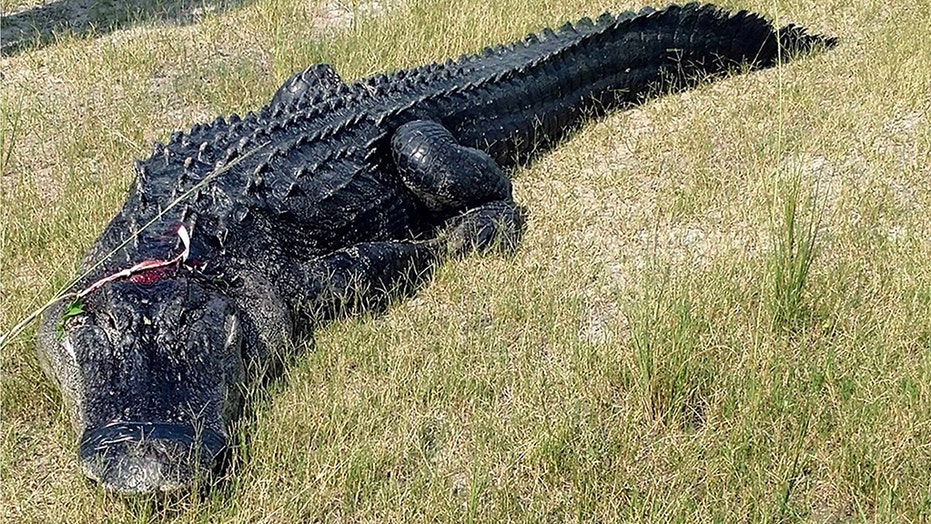 The Florida man who was found partially eaten by an alligator earlier this year died from a meth overdose — not a gator attack, as was speculated, according to autopsy results.

Michael Ford, 45, was found dead in a canal near Fort Meade, a city in Polk County roughly 60 miles east of Tampa, on June 27. Someone had reported seeing a piece of the man's body in a nearby alligator's mouth and called authorities.

Pieces of Michael Ford's body had been found inside this alligator's stomach in June, according to officials. (Florida Fish and Wildlife Conservation Commission)

The Polk County Sheriff's Office and the Florida Fish and Wildlife Conservation Commission (FWC) said they were investigating Ford's death and on Wednesday, the county medical examiner's office confirmed he died of "methamphetamine intoxication," WTSP reported.

MUTILATED ALLIGATOR FOUND IN FLORIDA WITHOUT HEAD OR TAIL

Ford's initial apparent cause of death was drowning, pending toxicology results, and investigators said he had lacerations and other injuries on his body because of the alligator.

After the man's body was discovered, the FWC trapped and killed the alligator. A necropsy found Ford's hand and foot inside of the reptile's stomach, but the medical examiner said it appears the alligator — which reportedly weighed 450 pounds and was around 12 feet long — attacked Ford after he died.