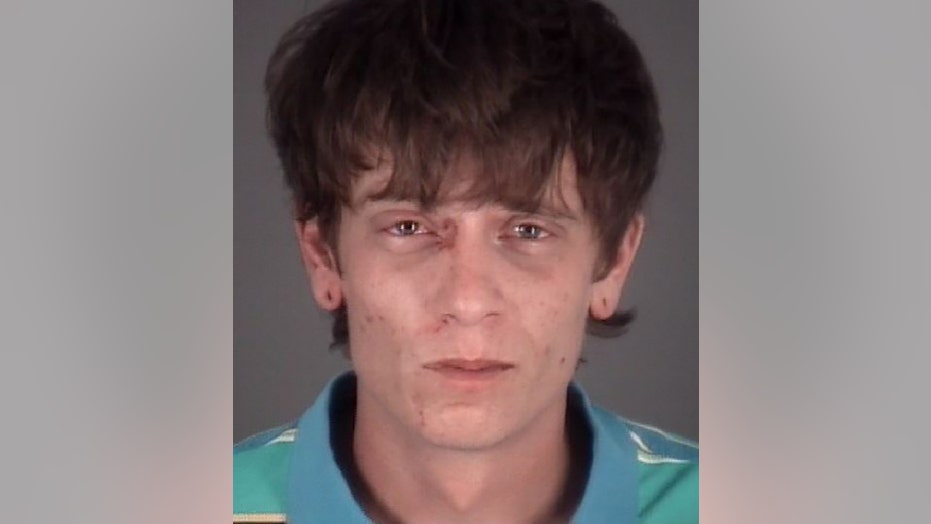 A Florida man claimed demons took over his body before he attacked his pregnant girlfriend for turning on an Xbox video game console before bedtime, authorities said.

Douglas told deputies he was blacked out during the beating because demons had taken control of his body, WFLA-TV reported, citing an arrest report. He claimed he couldn’t remember the incident.

Douglas allegedly told deputies that the demons may have caused him to attack his 18-weeks pregnant girlfriend. (Pasco County Sheriff's Office)

The girlfriend, who is 18 weeks pregnant, claimed she was playing Xbox when Douglas told her to go to sleep and turned off the video game console, according to the report. The victim claimed that when she turned it back on Douglas choked her until she couldn’t breathe.

Deputies stated in the report that they found “bruising and scratches” around the girlfriend’s neck “consistent with being choked,” FOX13 Tampa reported.

Douglas was held at the Land O'Lakes Detention Facility and charged with domestic aggravated battery on a pregnant female, police said. He also had an outstanding warrant for his arrest in connection with battery of a person 65 years or older.