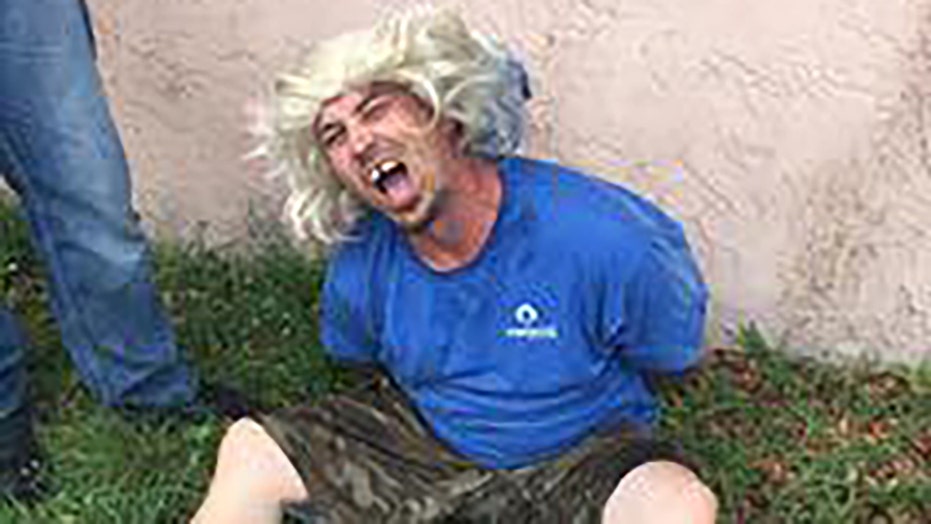 A Florida man wanted on drug charges didn’t quite prove himself as a “Master of Deception” when he was arrested last week in a "hideous" blonde wig while trying to pedal his way past police capture, authorities said.

Robert “Bobby” Walls was busted on his bicycle as he tried to ride through a perimeter police had set up around a residence where he was staying, the Brevard County Sheriff's Office said. Except for long blonde hair, the man riding away matched Walls’ description.

Not easily fooled, agents determined it was Walls in disguise and took him into custody. Walls later told deputies that he knew he was wanted and had used the wig as a disguise to elude officers, the sheriff’s office said.

The arrest was part of a “significant drug investigation” that has led to arrest warrants for over 100 suspects, the sheriff’s office said.

“So here is the moral of the story,” the sheriff’s office said. “Don’t sell drugs and you don’t have to worry about going to jail, don’t try to hide from Law Enforcement if you have a warrant, and above all else DO NOT wear a hideous wig while trying to run from the Po/Po on a bicycle.

“I mean come on man have a little dignity!!” the sheriff’s office added.