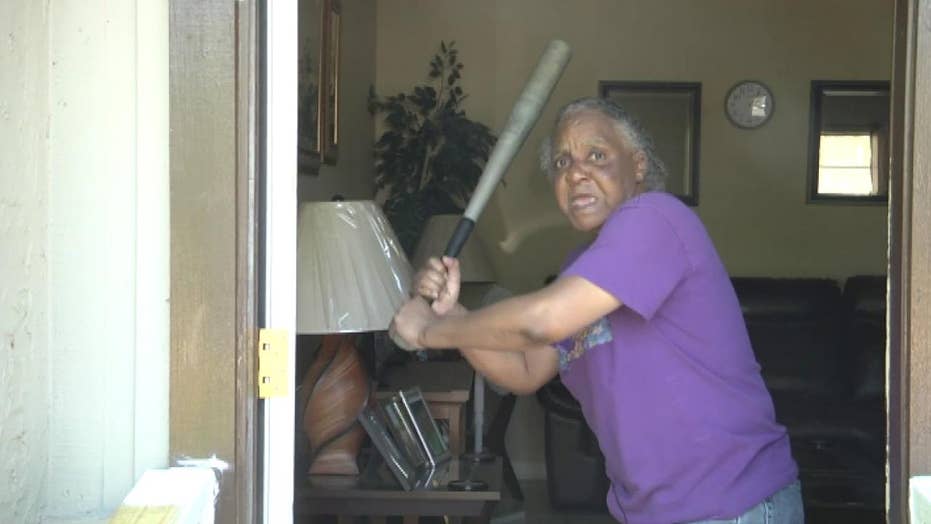 A Florida great-grandmother, armed with a baseball bat on Sunday taught a 300-pound burglary suspect, who police said tried to break into her car a valuable lesson: Don’t mess with grandma.

Clarese Gainey, 65, heard banging coming from outside her Gainesville home when police said she spotted 37-year-old Antonio Mosley attempting to break into her car, FOX35 Orlando reported. Mosley allegedly charged at her, but Gainey was reportedly prepared.

Mosely then ran off in only his boxer shorts to a nearby mobile home with a gash on his head, reports said.

“I put a good one on him! But he's in jail. I ain't gotta worry about him no more. I bet you won't mess with that green goblin there, no more!” Gainey told FOX35, referring to her green car.

Antonio Mosley, 37, was reportedly wearing only his underwear when he attempted to break into a 65-year-old great-grandmother's car in Florida on Sunday. (Gainesville Police Department)

A police K-9 unit tracked Mosley to the mobile home, where they said they found the 5-foot-6 burglary suspect wearing a pair of pants with cocaine in its pocket, Gainesville station WGFL-TV reported.

Mosely was held in the Alachua County Jail on $20,000 bond. He faces burglary and drug possession charges.