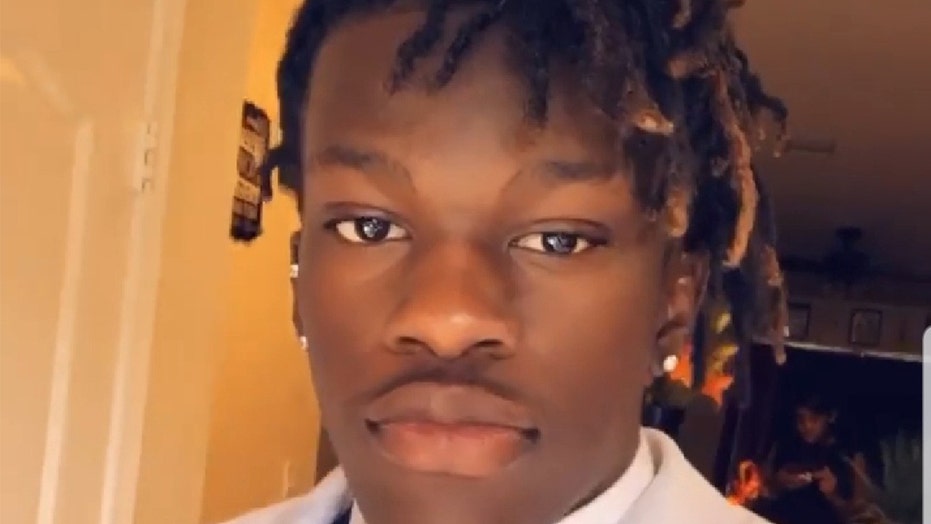 A Florida high school football player was shot and killed in front of his mother immediately after the teen attended his grandfather’s funeral, according to his family members.

Terrance “TeeJay” Jackson, 15, was shot Saturday outside a church in Riviera Beach, Fla., which is about an hour and a half outside Miami.

Following Jackson’s grandfather’s funeral, a family argument broke out at the cemetery where his grandfather was buried and turned violent when, according to his mother Tronicia, 47-year-old Royce Freeman grabbed a gun and shot Jackson in the neck, WSVN-TV reported. Someone fired back at Freeman, who also died, according to the station.

More than a dozen rounds were fired and another person was injured, the news outlet reported, citing police.

The sophomore at Deerfield Beach High School, who reportedly played defensive end on the school’s football team, was scheduled to go on a college tour to look at several schools, but attended his grandfather’s funeral instead, according to a GoFundMe page created to help pay for the football star’s funeral expenses, as well as counseling for his parents and siblings.

“TeeJay was a respectful, funny, loving and caring young man,” his aunt wrote on the GoFundMe page. “He had his whole life ahead of him.”

She said he was supposed to turn 16 on Wednesday.

“He knew this week he was going to have an offer, it would have been the best birthday gift ever,” she wrote.

“I heard a shot, and I turned backward, and when I turned back to the front of me, I see my son standing with his hand over his neck,” Jackson’s mother said.

She went on to say, “I ripped his bow tie off his neck, and that’s when I see the blood starting to seep. I ripped his shirt open, and I see a hole in his neck, and I tried to put my finger in it to pull the bullet out, and my nails broke.”

“My only son, my baby didn’t do anything,” Jackson’s mother said. “He never hung out on the streets. He never ran with the crowd.”

“My baby played football, went to school and played his video game,” she added.

The Broward County school district described Jackson as a good student and athlete who hoped to play professional football one day.

“He was very focused,” Deerfield Beach High School junior Jaccorian Farley said, according to the station. “Every day all he talked about was football. He watched football all day in class.”