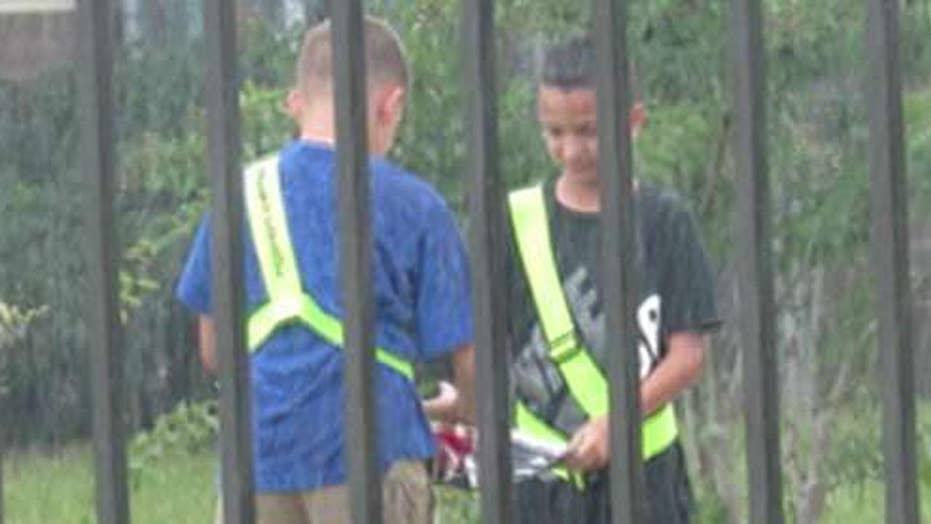 The two boys completed their daily duty of bringing down the school flag, despite the rain

Two Florida elementary school students are being praised for their show of respect for the American flag despite the pouring rain.

Isaac Davis and Nate Helmuth, both 11 years old, are safety patrols at Coppergate Elementary School in Middleburg and are in charge of lowering Old Glory at dismissal time.

However, last week, a torrential rainstorm passed over the school, making flag duty a wetter-than-usual experience. Still, driving rains could not stop Isaac and Nate from doing their duty.

The two brought the flag down and completed the 13 folds while standing in the pouring rain.

“This is what RESPECT looks like at Coppergate,” they wrote. “We are so proud of Nate and Isaac for their responsibility, respect, devotion to duty and love of country.”

Nate, whose parents served in the military, told FOX30 that it was “the respectful thing to do.”

“I feel like we have good people in the country and that we should all be good,” Isaac added.

The school’s media specialist, Kim Miskowski, took the photos and shared them on Facebook.

“They were folding the flag reverently. They were reverent. And they were doing 13 folds … and you know, our country is in a little bit of turmoil … it just struck me,” she told the news station. “When they walked away they held it… cradled it to protect it. And it was just a moment that was meant to be, I think.”