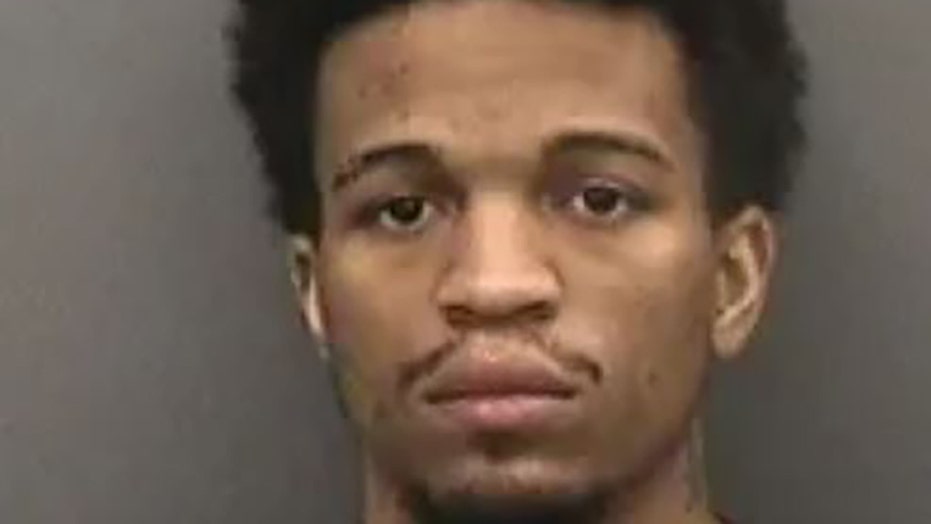 A Dunkin’ employee in Tampa, Florida, accused of fatally punching a customer who used a racial slur against him last year was sentenced to two years of house arrest after pleading guilty to felony battery.

The worker, Corey Pujols, 27, was ordered by a Tampa judge on Monday to complete 200 hours of community service and attend an anger management course.

Corey Pujols, 27, was working at a Dunkin' store in Tampa when he punched a customer who used a racial slur against him (Hillsborough County Sheriff's Office)

According to court records, the customer, Vonelle Cook, 77, who is White, had gone through the drive-thru to order coffee and was angry over the lack of service. While in the drive-thru, Dunkin’ employees had trouble hearing him, and he started to yell at them about poor service.

Employees told Cook, a regular at the establishment, to leave, but he parked his car, walked inside, and was aggressive and verbally abusive toward employees, prosecutors said.

Pujols asked a coworker to call the police, leading to an argument between him and Cook, FOX 13 Tampa Bay reported.

Exterior of Dunkin Donuts shop in Providence. The company is the largest coffee and baked goods franchise in the world, with 15,000 stores in 37 countries. (iStock)

When Pujols, who is Black, asked Cook to leave, police said Cook called him a racial slur.

Pujols then walked around the counter and asked Cook not to call him that slur again, but when Cook did, Pujols punched him in the jaw, according to the station.

Cook fell and hit his head on the floor. He was taken to the hospital, where he died three days later.

An autopsy showed that he suffered a skull fracture and brain contusions.

Pujols had initially been charged with aggravated manslaughter following the incident. Prosecutors accepted a plea deal from Pujols, who agreed to plead guilty to the lesser charge of felony battery, according to FOX 13.

Grayson Kamm, a spokesman for Hillsborough State Attorney Andrew Warren, said prosecutors, in their decision, considered the "totality of the circumstances," which included Pujols’ lack of criminal history, his youth, and the fact that he did not intend to cause Cook’s death, the Tampa Bay Times reported.

"Two of the primary factors were the aggressive approach the victim took toward the defendant and everyone working with the defendant, and that the victim repeatedly used possibly the most aggressive and offensive term in the English language," Kamm said.