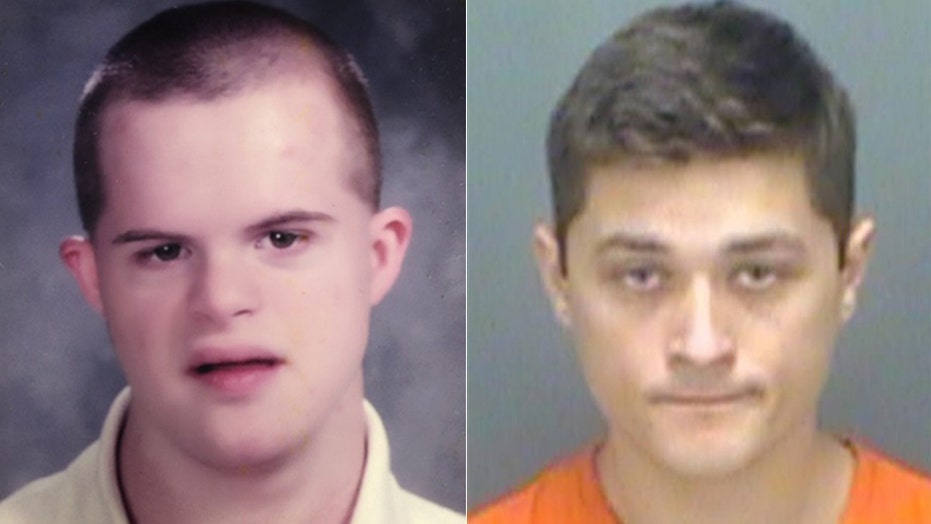 A Florida man with Down syndrome died in a hot car after his caretaker ingested the herbal supplement kratom, overdosed and fell asleep, authorities said.

Joshua Russell, 26, was arrested Friday and charged with one count of aggravated manslaughter of a disabled adult in the May 9 death of John LaPointe in Seminole, Fla., the Pinellas County Sheriff’s Office said.

LaPointe was a group home resident where Russell worked.

John LaPointe, left, died in a hot car in May. Joshua Russell was charged Friday with manslaughter in connection with the death. (Sorenson Funeral Home/Pinellas County Sheriff's Office)

“Let’s call it what it is this poor guy baked in that car,” Sheriff Bob Gualtieri said, according to Fox 13 Tampa.

The temperature in the vehicle reached 125 degrees, Gualtieri said.

He said LaPointe was non-verbal, unable to care for himself and had the cognitive ability of a 1-year-old.

A news release from the sheriff said that on the day LaPointe died, Russell was tasked with taking him to a doctor’s appointment in the group home’s van.

After the doctor visit, Russell stopped at his house for the kratom, authorities said.

Kratom comes from a plant native to Southeast Asia and is sold in capsules and powders with claims that it helps ease pain, anxiety and drug dependence, The Associated Press reported. Officials say it produces an opioid-like high with the potential for addiction and abuse.

Officials say it causes euphoric effects like the opioid drugs behind the current nationwide overdose epidemic.

Back in the van, Russell got sick. He then went back to his house, parked in the driveway and dozed off in the driver’s seat with LaPointe still seat-belted in the back seat, according to the news release.

“Russell notice LaPointe was slumped over and unresponsive,” it said.