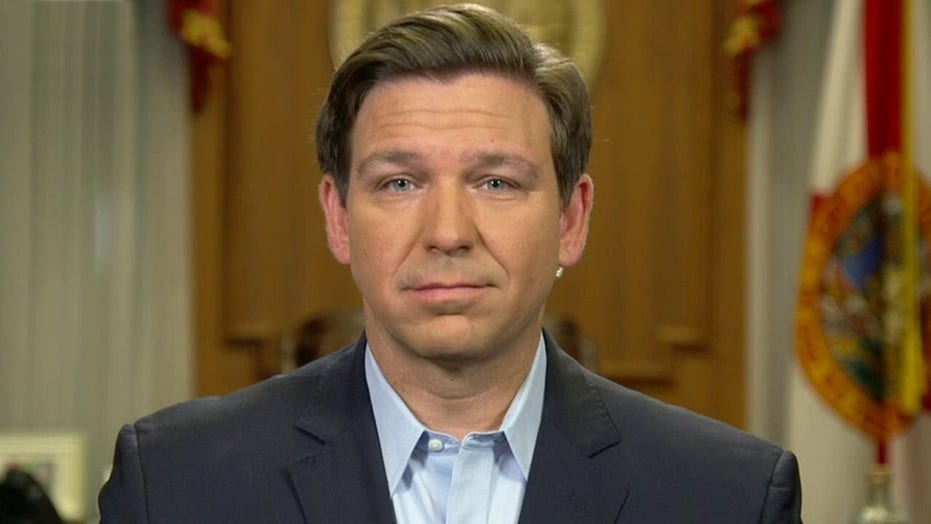 Florida Gov. Ron DeSantis issued a statewide stay-at-home order on Wednesday afternoon to curb the rate of infection in his state during the global coronavirus pandemic.

The order will go into effect at midnight Thursday and last for at least 30 days.

“It makes sense to make this move now,” the Republican governor said during a press conference Wednesday, adding that he was taking the action after President Trump extended the social distancing guidelines nationwide for another 30 days.

DeSantis, who balked for weeks at issuing such an order, also changed his mind less than a day after receiving a letter from 13 Democratic members of Congress urging him to “immediately issue a statewide stay-at-home order to save lives.”

“This pandemic has not respected global borders so it certainly will not respect county borders,” the letter said. “We cannot wait, we cannot leave this decision to county or municipal governments.”

At least 34 states, including California, New York and Illinois, which are all home to some of the most densely populated major U.S. cities, have issued stay-at-home orders. Florida is the third most-populated state in the country, with about 21.6 million residents.

In an attempt to make the most out of lighter traffic amid the lockdown, DeSantis advanced the $864-million Howard Frankland Bridge project in the Tampa Bay area by four weeks, as well as greenlighted several other construction projects in the state.

"You have the ability to operate a long time during the day," he said. "You can close down more lanes because the traffic isn't what it was and you can make real progress."

DeSantis said he spoke with President Trump Wednesday morning about finding a solution to allow the passengers, most of whom are foreign nationals, aboard two Holland America cruise ships – the MS Zaandam and MS Rotterdam – to dock in the state. He added that Broward County officials, who are in charge of the port, are in communication with the ships.

"My concern is simply that we have worked so hard to make sure we have adequate hospital space in the event of a COVID-19 surge that we wouldn’t want those valuable beds to be taken because of the cruise ship,” he said, adding all Floridians would be allowed to disembark.

At least four people have died and more than 200 others have fallen ill with COVID-19 on one of the ships by Tuesday.

“They’re dying on the ship,” Trump said in a press conference Monday, according to Reuters. “I’m going to do what’s right, not only for us but for humanity.”

On Monday, DeSantis issued a “safer at home” order for four counties – Broward, Miami-Dade, Palm Beach and Monroe – in South Florida, currently the hot spot of the outbreak in the state, until at least April 15.

Over the weekend, DeSantis ordered a two-week halt on all vacation rentals in the state. He also implemented highway checkpoints to screen all traffic coming into the state from Louisiana and the New York City area. Those traveling on flights from the tristate area -- New York, New Jersey or Connecticut – as well as Louisiana, will be met by National Guard troops and public health officials at major Florida airports. Their contact information will be collected and they will be asked to self-isolate for 14 days upon arrival in Florida or risk spending 60 days in jail. 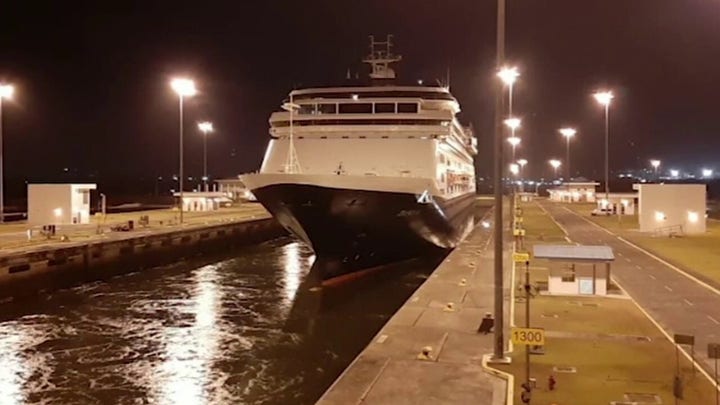 The letter sent Tuesday cited a warning made by Dr. Anthony Fauci, director of the National Institute of Allergy and Infectious Diseases, during a press conference last week regarding social distancing.

“When you think you're maybe overreacting, you probably are not acting as forcefully as you should,” he said on Friday at the White House.

The White House has relied on a model from the Institute for Health Metrics and Evaluation, an independent research center at the University of Washington. The data predicts the peak of infection in Florida to hit on May 3, with thousands more at risk of losing their lives within the next 30 days, Fox 13 Tampa reported.

“This isn’t about scaring people, it’s about explaining why we must take the steps being taken,” Sen. Marco Rubio, R-Florida, tweeted Tuesday, sharing a projection from the institute. “If we all do our part #WeWillWin.”

A petition titled “SHUTDOWN FLORIDA” had nearly 400,000 signatures on Change.org by Wednesday morning. It read: “Florida Governor Ron Desantis our family are in risk, please SHUT DOWN Florida.”