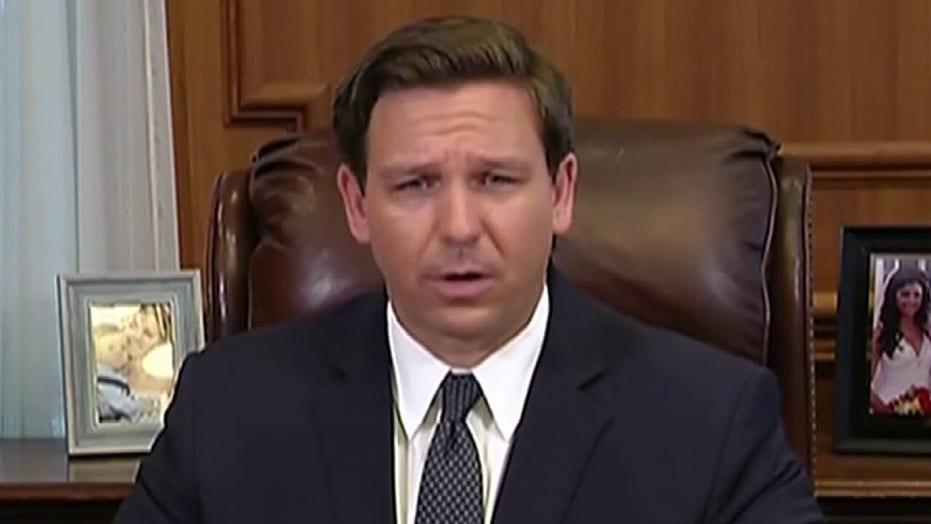 Florida issuing a stay away order for New Yorkers

Florida, falling short of statewide lockdown, is now screening travelers from the New York City area and Louisiana “hotspots” both at highway roadblocks and at airports, threatening them with 60 days in jail if they don’t self-quarantine as the number of confirmed cases in the state peaks to over 4,200.

Gov. Ron DeSantis has so far refused to issue a statewide stay-at-home order, similar to those enforced in at least 22 other states, including California, New York and Illinois.

More than 4,200 confirmed cases, with at least 56 deaths were recorded in Florida on Sunday. The number of infections is doubling every three days in the state, according to the Tampa Bay Times, putting the state on a course to see tens of thousands of cases within a few weeks.

The governor identified both New York – the state which has seen the eighth-most deaths from the coronavirus worldwide – and Louisiana – where a Mardis Gras celebration in New Orleans spread infection – as “hot spots” for community spread.

In this photo provided by the Florida Keys News Bureau, Monroe County Sheriff’s Office Col. Lou Caputo directs a driver wanting to continue down the Florida Keys Overseas Highway near Key Largo, Fla. Friday, March 27, 2020. The Keys have been temporarily closed to visitors since March 22, because of the coronavirus crisis. Keys officials decided to established the checkpoint Friday to further lessen the threat of virus transmission to people in the subtropical island chain. (Andy Newman/Florida Keys News Bureau via AP)

In a press conference Saturday, the governor ordered a two-week halt on all vacation rentals in Florida, telling tourists "if you're in one now, finish and go home," USA Today reported.

Those traveling on flights from the tristate area -- New York, New Jersey or Connecticut – as well as Louisiana, will be met by National Guard troops and public health officials at major Florida airports.

DeSantis ordered highway checkpoints be set in place for traffic from Louisiana that enters the state on Interstate 10 and on Interstate 95, the route many people from the New York City area drive down south.

People will be required to “self-declare” where they’re traveling from, and their names and addresses will be recorded, the Orlando Sentinel reported. They will also be asked to self-isolate for 14 days upon arrival in Florida or risk spending 60 days in jail.

In this photo provided by the Florida Keys News Bureau, Monroe County Sheriff's Office Col. Lou Caputo, right, directs a driver wanting to continue down the Florida Keys Overseas Highway near Key Largo, Fla. Saturday, March 28, 2020. The Keys have been temporarily closed to visitors since March 22, because of the coronavirus crisis. Keys officials decided to established the checkpoint Friday, March 27, to further lessen the threat of virus transmission to people in the subtropical island chain. (Andy Newman/Florida Keys News Bureau via AP)

DeSantis asked the Florida surgeon general, Dr. Scott Rivkees, to send out a public health alert via text message advising people 65 and older, and those with underlying medical conditions, to stay home and avoid crowds, and everyone to practice "social distancing."

Despite the Georgia Department of Health declaring the town of Albany, which sits just 88 miles north of Tallahassee, an area with “sustained community spread,” DeSantis has not ordered roadblocks on Interstate 75 or U.S. 319 at the Florida-Georgia borderline, USA Today reported.

South Florida is the worst-hit area by the coronavirus, with cases in Miami-Dade, Broward and Palm Beach counties combined accounting for more than half the cases in the state, the Sentinel reported.

DeSantis left it up to local governments to choose to issue stay-at-home orders. Orange and Osceola counties on Thursday were the latest to join Miami-Dade, Broward and Alachua counties in ordering their residents to stay at home.