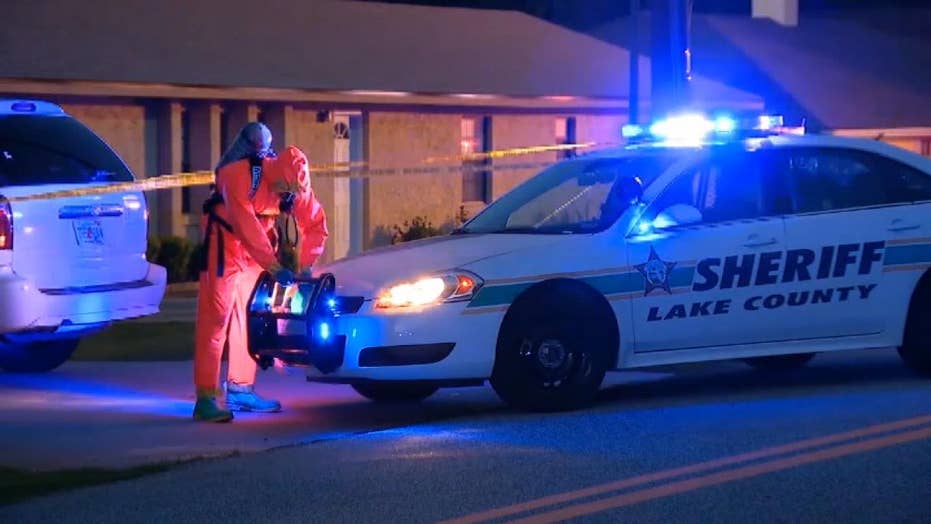 Lake County Sheriff's Office spokesperson says one of their deputies had to be revived with Narcan after exposure to what investigators believed was fentanyl during a traffic stop. Two firefighters and a suspect also became ill from the exposure.

A traffic stop in Florida came close to being deadly.

A Florida sheriff’s deputy was revived with Narcan and at least one firefighter was given the overdose reversal drug on Tuesday after exposure to what officials believe to be fentanyl during a traffic stop. Fentanyl is up to 50 times more potent than heroin.

The Lake Country Sheriff’s Office said one of its deputies stopped a vehicle on Florida Boys Ranch Road on Tuesday evening and found narcotics. Shortly after, the deputy felt ill and passed out, FOX35 reported.

Fire rescue personnel arrived at the scene and two firefighters also fell ill. One of them also had to be given Narcan, Sgt. Fred Jones told reporters.

The Drug Enforcement Administration has issued warnings to law enforcement officers and other emergency responders about handling fentanyl, which, along with heroin, has been a major factor in the drug overdose epidemic of recent years.

"Exposure to an amount equivalent to a few grains of sand can kill you," said a warning to emergency workers on the DEA website. "You can be in grave danger even if you unintentionally come into contact with fentanyl. This message about fentanyl could save your life or the life of a colleague, so please listen."

Jones said a male suspect in the vehicle also began to feel ill.

Brennan Dowling, 30, Rebecca Wagner, 36, and Stephanie Martin, 29, were arrested after a narcotic believed to be fentanyl was found in a vehicle they were in. A responding Lake County sheriff's deputy had to be given Narcan after coming in contact with the drug. (Lake Country Sheriff's Office)

All four were taken to the South Lake Hospital and are recovering, officials said.

Three other suspects – identified as Brennan Dowling, 30, Stephanie Martin, 29, and Rebecca Wagner, 36 – were arrested in connection with the incident. They are expected to appear in court on Wednesday.