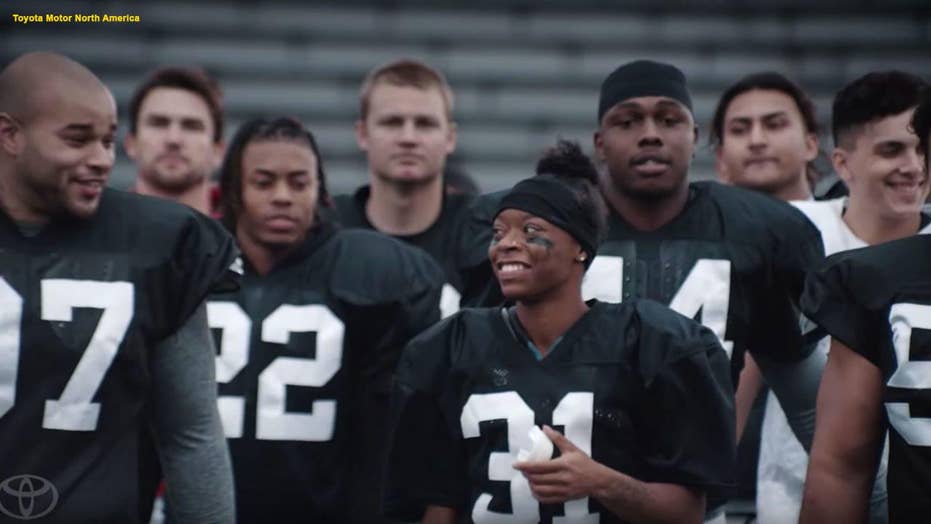 Toni Harris has made history as the first female football player to receive a full scholarship for a skill position after signing a letter of intent with Central Methodist University.

A Detroit woman has made history as the first female football player at a skill position to receive a full scholarship to play the sport in college.

Antoinette 'Toni' Harris, a cancer survivor, signed a letter of intent with Central Methodist University in Missouri on Tuesday.

Harris, who plays safety, has spent the last two seasons with East Los Angeles College. She shot to fame earlier this month after starring in a Super Bowl commercial for Toyota, highlighting her journey playing football.

Harris was brought to tears as she signed her letter of intent while flanked by family members wearing Central Methodist Eagles gear on Tuesday. In a statement released by the school, Harris explained why she chose Central Methodist, after facing the challenge of finding schools that would allow her to play football.

Harris shot to fame earlier this month after starring in a Super Bowl commercial for Toyota, which parallelled her experience playing football as a young girl, and training her way to play football professionally ( Toyota Motor North America)

"I picked Central Methodist because of the resilience within the school itself and how Coach [David] Calloway had been communicating with me before the Super Bowl stuff ever popped up," she said, according to FOX25.

Calloway said the most important thing to him is providing an opportunity to those with talent and potential.

"As a coach, giving someone the opportunity to go to college and assist them in getting a degree, that's what it's all about," he said.

Harris was diagnosed with cancer in 2014 and went into remission a year later. But her fight never deterred her from the dream of playing football.

"I believe I’m going to be the first female NFL player," Harris said. "But if it just so happens that I’m not, I want to make sure there’s a way paved for the next little girl that can get there."