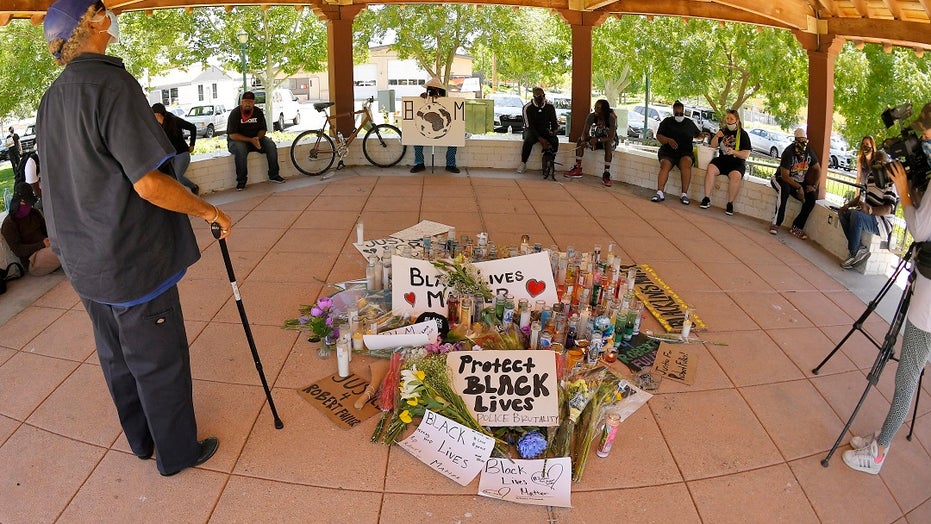 Federal authorities will review local investigations into two separate hangings of black men in Southern California that were suspected suicides and have drawn scrutiny amid growing calls to rein in police misconduct and racial injustice.

Authorities in Palmdale and Victorville said no foul play was suspected in the deaths of Robert Fuller and Malcolm Harsch, prompting accusations from loved ones and surrounding communities of a rush to judgment. Sheriff's officials are investigating both cases, but early determinations of suicide triggered protests over the weekend.

The FBI, U.S. Attorney's Office in the Central District of California and the U.S. Department of Justice's Civil Rights Division are monitoring the investigations of the Los Angeles County and San Bernardino County sheriffs, authorities said in a statement.

During a Monday town hall hosted by Los Angeles County Sheriff Alex Villanueva, some participants voiced concerns that the men may have been lynched and urged investigators to look into the possibility of hate crimes being committed.

"It is evident that Robert did not commit suicide,” wrote Katlyn Velliquette, who created an online petition demanding an investigation into Fuller's death that has collected more than 254,000 signatures as of Monday. “This is a clear case of intimidation by White Supremacists to show their distain [sic] for Black Lives Matter movement, the protests to demand change for racial equality and police brutality reform.”

Fuller's body was found June 10 around 3:30 a.m. in a park near Palmdale's City Hall, 60 miles north of Los Angeles. The Los Angeles County medical examiner-coroner's office said the 24-year-old appeared to have died by suicide. Investigators only found a rope and backpack in the park.

The items are being analyzed by detectives.

“The initial report appeared to be consistent with a suicide but we felt it prudent to roll that back and continue to look deeper,” said Dr. Jonathan Lucas, the chief medical examiner-coroner, at a Monday news conference.

The initial conclusion of suicide was met with outcry, as Fuller's family called for an independent investigation and autopsy. More than 1,000 people turned out for a protest and memorial Saturday around the tree where his body was found.

“My brother was a survivor,” his sister Diamond Alexander said.

Activist Najee Ali speaks as he was calling for an independent investigation in the deaths of both Robert Fuller and Malcolm Harsch, at a news conference outside the Ronald Reagan State building in Los Angeles on Monday, June 15, 2020. State and federal authorities will monitor the investigation into the death of Fuller, a black man found hanging from a tree in the Southern California city of Palmdale, officials said Monday following large weekend protests. Ali was holding a cellphone while video conferencing with De'Avery Richardson, the brother of Harsch, giving a remote video statement. (AP Photo/Damian Dovarganes)

Harsch was found hanging from a tree on May 31, the San Bernardino Sheriff's Department said in a Monday statement. Authorities said his girlfriend called 911 after she was alerted by others in the encampment in Victorville, located 45 miles east of Palmdale.

A sheriff's spokeswoman, Jodi Miller, told the Victor Valley News foul play was not suspected, but the Harsch's family said they were concerned his death would be ruled suicide to avoid further attention. Family members said Harsch was not depressed and had recent conversations with his children about seeing them soon.

“The explanation of suicide does not seem plausible,” a family statement said. "There are many ways to die but considering the current racial tension, a black man hanging himself from a tree definitely doesn’t sit well with us right now. We want justice, not comfortable excuses.”

Fox News' Danielle Wallace as well as The Associated Press contributed to this report.