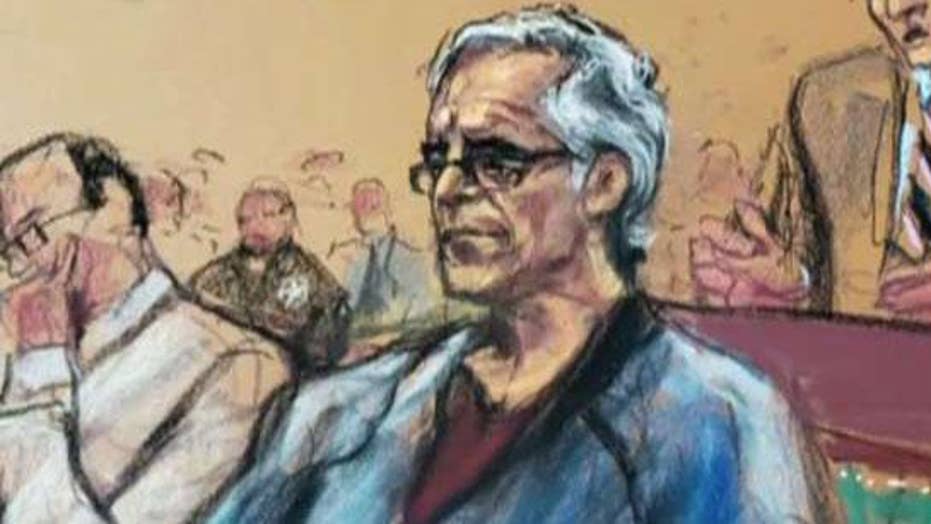 Report: No guards checked on Epstein for 'hours'

The Fire Department of New York told Fox News on Tuesday that it looked into online leaks of information related to the death of disgraced financier Jeffrey Epstein -- but concluded that the leaks "did not come from the Department."

“[D]ont ask me how I know, but Epstein died an hour ago from hanging, cardiac arrest. Screencap this,” an anonymous person posted on the message board 4Chan at 8:16 a.m. Saturday, almost 40 minutes before officials confirmed initial media reports of the disgraced multimillionaire's apparent suicide inside his Manhattan jail cell.

The post's author, who appeared to be a first responder, medical worker or someone else involved in the initial response at the jail, later released more details about efforts to resuscitate Epstein.

Dr. Keith Wesley, an emergency medicine physician, told BuzzFeed News that "Telemetry" "implies the paramedics were in contact with a medical control hospital who then gave orders to give Sodium Bicarbonate, bicarb which is designed to reverse the acid buildup in the blood from prolonged cardiac arrest."

"The FDNY reviewed the alleged information and determined it did not come from the Department," an FDNY spokesperson told Fox News. "At no time was there an investigation."

Mystery and incredulity shrouded the death of Epstein, 66, whom federal prosecutors in New York had charged with multiple counts of sex-trafficking and misconduct. Authorities alleged he paid girls as young as 14 hundreds of dollars for massages before molesting them at his homes in New York and Palm Beach, Fla., from 2002 through 2005.

Many lawmakers and conspiracy theorists alike wonder how he could commit suicide inside the Special Housing Unit of the Metropolitan Correctional Center. Attorney General William Barr said Monday there were "serious irregularities at this facility that are deeply concerning," and said he was demanding "a thorough investigation.”

“The FBI and the Office of the Inspector General are doing just that. We will get to the bottom of what happened and there will be accountability,” Barr said.