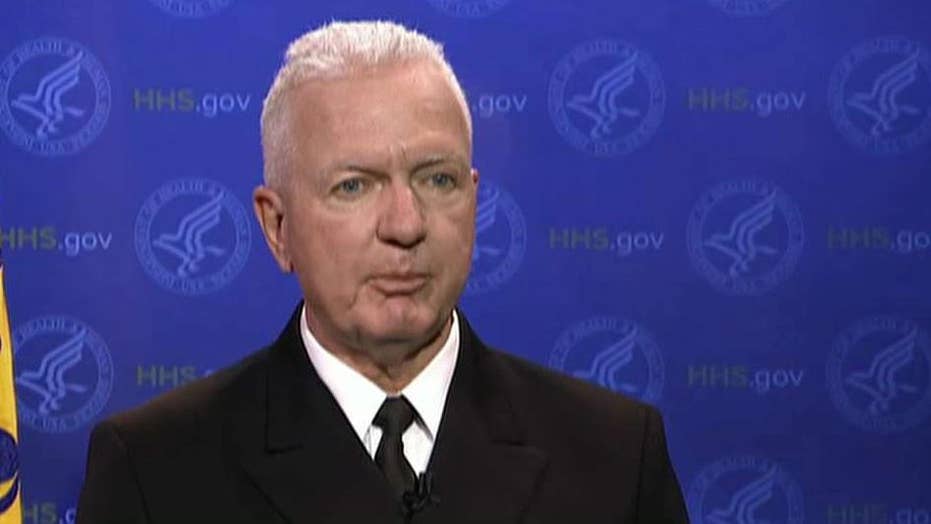 The Centers for Disease Control and Prevention reports there are now confirmed 530 cases of lung illnesses related to vaping; Jonathan Serrie reports from Atlanta.

The Food and Drug Administration (FDA) on Thursday launched a criminal investigation into the nationwide epidemic of vaping-related illnesses after the number of cases recorded in the U.S. jumped to more than 500.

The agency's tobacco director, Mitch Zeller, said the agency is not interested in prosecuting individuals who use illegal products. He said the agency would like to uncover the chemical makeup of vape products and how they are being used in ways that may cause individuals to fall ill.

“We are in desperate need of facts," Zeller said. director of the FDA's Center for Tobacco Products, said. “The focus of their work is to identify what is making people sick, as well as a focus on the supply chain.”

“We are in desperate need of facts. The focus of [the FDA investigators'] work is to identify what is making people sick, as well as a focus on the supply chain.”

The Centers for Disease Control and Prevention said 530 confirmed and probable cases have been reported in 38 states and one U.S. territory, up from 380 a week ago. An eighth death in the U.S. was reported Thursday evening when the Missouri Department of Health confirmed a man in his 40s died due to a vaping related illness, USA Today reported.

A congressional subcommittee will hold a hearing on the outbreaks next Tuesday.

On Tuesday, New York became the first state to ban the sale of flavored e-cigarettes and other vaping products except for menthol and tobacco flavors. The e-cigarette maker Juul is facing a slew of lawsuits from the parents, businesses, lawmakers and individuals across the country who argue the company’s misleading marketing strategy gets people hooked on their fruity flavored products without fully disclosing the risks.

Meanwhile, several TV networks -- including CBS, WarnerMedia and CNN -- say they will no longer air ads for e-cigarettes.

All patients have reported using either an electronic cigarette or vaping device before falling ill, but, so far, no single vaping product or ingredient has been linked to the illnesses, though most patients reported vaping THC, the high-producing ingredient in marijuana.

The FDA said it’s gathered more than 150 vaping product samples for forensic analysis, according to USA Today. The agency is looking to see if samples contain nicotine, THC, and other cannabinoids, opioids, cutting agents, additives, pesticides, poisons, toxin and any other substances. One substance, vitamin E acetate, has surfaced in some lab samples and is believed by New York health officials to be the potential cause of some of the illnesses. No one substance has surfaced in all samples.

Some cases pointed back to black market vaping products. U.S. health officials also warned against altering vaping products sold from vendors. State health officials in Illinois, where 69 cases and one death have been reported, are asking residents to fill out an anonymous online survey to describe their vaping habits to aid officials in their investigation, USA Today reported. Two-thirds of the cases nationwide involved 18- to 34-year-olds. Three-quarters are men. Some of the first cases appeared in April.