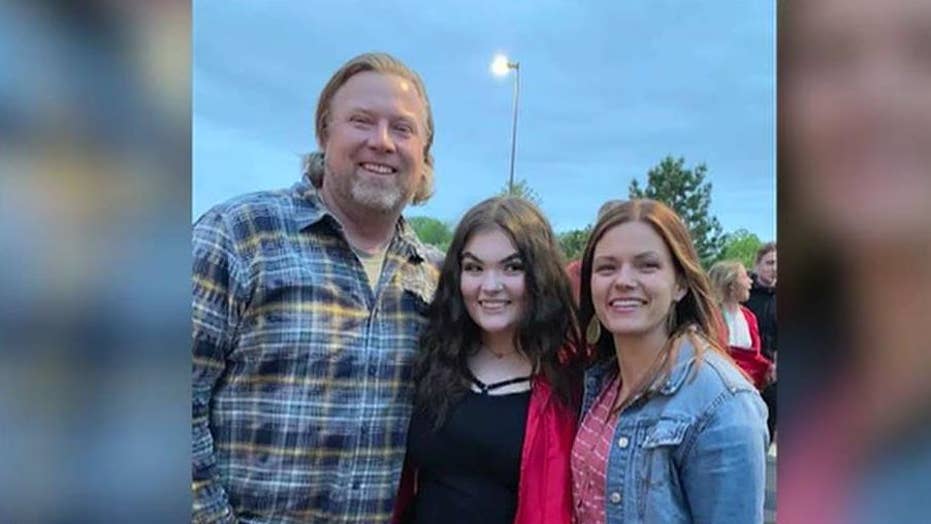 Parents speak out on daughter's near-death experience from vaping

Tim and Ruby Johnson speak out about their daughter being hospitalized due to vaping.

The number of recorded lung illnesses related to vaping has now reached 530, but health officials are still searching for an exact cause. In an update provided Thursday, the Centers for Disease Control and Prevention (CDC) said confirmed cases of illnesses have now been reported in 38 states and one U.S. territory, with two-thirds of the cases involving patients ages 18 to 34 years old.

The number of cases marks a sharp increase compared to last week’s numbers, when officials had tallied 380 illnesses. Among the instances have also been seven deaths. All patients have reported using either an electronic cigarette or vaping device before falling ill, but no one product or ingredient has been linked to all illnesses.

“You have no idea of how precious [lungs] are until they aren’t yours anymore and a machine is telling them to breathe for you.”

For weeks now, the FDA and other health agencies have been urging consumers to stop purchasing THC-marketed vaporizing products as they investigate a possible cause for the illness. The THC products may contain vitamin E acetate, which New York state officials are eyeing as a potential cause of illness in some of their residents.

Patients have reported shortness of breath, fatigue, chest pain, diarrhea and vomiting. Several have come forward after being placed in medically induced comas due to their illnesses. One mom in Texas said she was diagnosed with acute respiratory distress syndrome (ARDS) and spent a month in the hospital while her lungs healed.

“You have no idea of how precious [lungs] are until they aren’t yours anymore and a machine is telling them to breathe for you,” Sherie Canada, of Abilene, wrote on Facebook. “I had so much shame, guilt, and anxiety. I lost my independence [which] I had taken for granted. I couldn’t go to sleep for days after they removed the tubes because I feared waking back up and going through it all over again.”