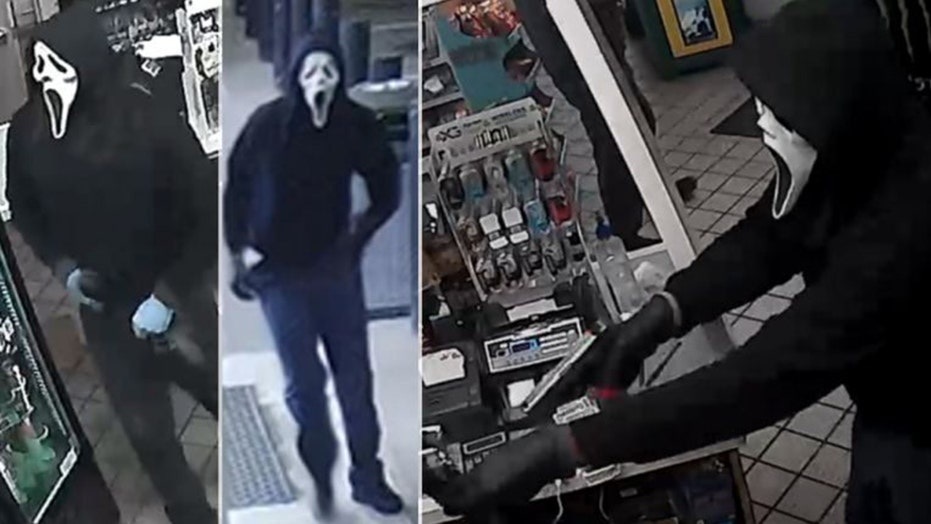 An armed hold-up man wearing a “Scream” mask is being sought by the FBI.

The crook was wanted for pulling off five gas station robberies in and around Richmond, Va., — two last month, one in February 2019 and two in January 2019.

“In all the robberies, the suspect wore all black clothing, black or blue gloves and a ‘Scream’ mask,” the FBI said.

FBI is offering a reward of up to $10,000 for information leading to the arrest of the crook in "Scream" mask who has robbed five Virginia gas stations. (FBI)

A $10,000 reward was being offered for information that helps the FBI crack the case, Fox 5 DC reported Tuesday.

In the most recent robbery Jan. 26, the robber brandished a semi-automatic handgun and shoved aside one of his victims as he went behind the counter, the station reported.

He then turned over the cash register and scooped up cash lying beneath it before fleeing on foot.