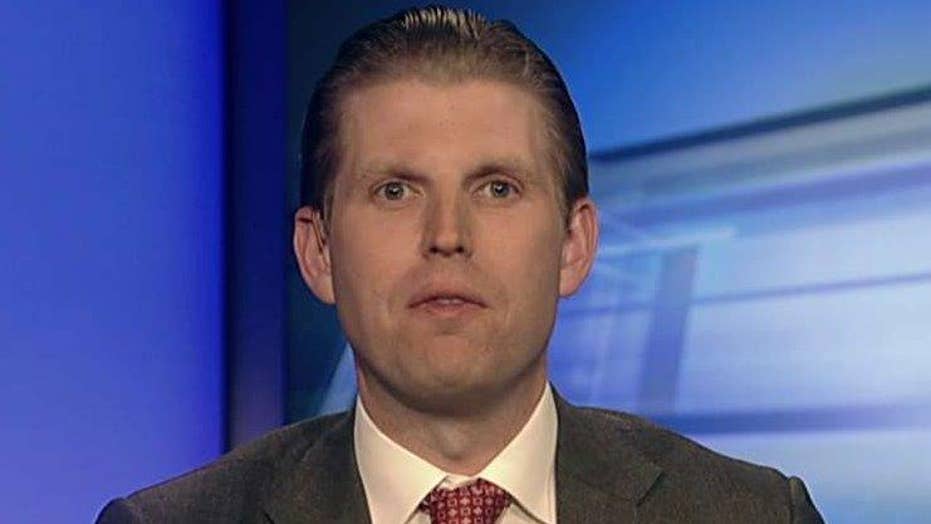 Eric Trump on his father's Rubio focus: You have to punch back

The son of GOP front-runner Donald Trump goes 'On the Record' on his father's focus on rival Marco Rubio and more.

Preliminary tests on the substance in the envelope sent to Eric Trump's apartment Thursday indicated it was not hazardous, according to the officials, who were not authorized to disclose details of the threat and spoke to The Associated Press on condition of anonymity.

The letter said: "If your father does not drop out of the race, the next envelope won't be a fake." It was signed "X," according to one of the law enforcement officials, who had seen the letter.

In a statement, the New York Police Department confirmed that it had responded to a Trump building overlooking Central Park to investigate a suspicious letter received by a tenant but didn't name the recipient.

Eric Trump, 32, is one of five children of businessman and Republican presidential front-runner Donald Trump. He has been campaigning for his father.

Donald Trump's representatives did not immediately respond to a request for comment.