The FBI conducted more than 4.3 million gun background checks in January 2021 – the highest number of checks completed during a single month in the agency’s recorded history – as one expert says the staggering figure indicates a "growing" demand for firearms from the American public.

Gun background checks are indicative of sales trends, though don’t translate directly to the number of unit sales. For example, someone can buy multiple firearms at once and have only one background check conducted.

The SAAF’s adjusted FBI figures indicate that just over 2.2 million guns were sold in January 2021, a 79% increase from the same month in 2020, Brauer said.

In a press release provided to Fox News, Brauer said last month "certainly started off with a sales ‘bang’ due to the turmoil surrounding the confirmation and inauguration of Mr. Biden as the new U.S. President."

Although high, Brauer said the 79% jump was not unheard of.

"[A]n even higher increase, of just over 100%, was experienced in January 2013, the month Mr. Obama’s second presidential term began," he said.

Three different weeks in January ranked in the FBI’s top 10 highest weeks in terms of NICS firearm background checks, with the weeks of Jan. 11 through Jan. 17 and Jan. 4 through Jan. 10 taking the second and third spots on the chart, FBI data show. The third week, from Jan. 18 through Jan. 24, ranked fifth. 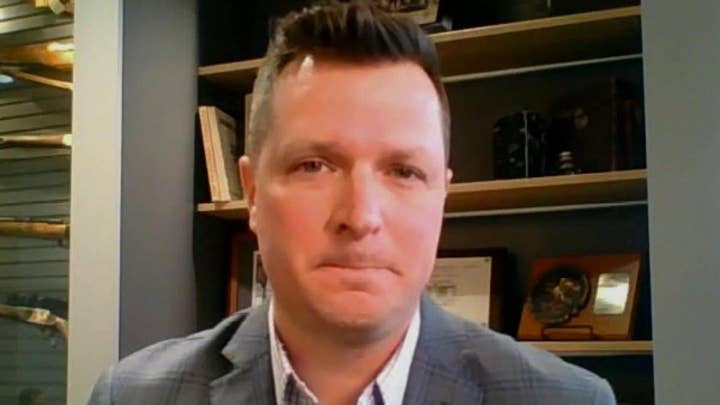 "It can’t be discounted that many of these background checks for the purchase of a firearm are attributed to threats by the Biden administration to enact the most radical and far-reaching gun control agenda ever proposed," said Mark Oliva, director of public affairs for the National Shooting Sports Foundation, in an email to Fox News. "Americans are continuing to purchase firearms at a blistering pace."

Oliva said the month’s NICS statistics "clearly spell out that the demand of law-abiding Americans to purchase firearms isn’t abating. It is growing."

"Taken into context that all but one of the top 10 weeks and four other top 10 single-day records occurred during the 2020, when 21 million background checks were conducted, these are a jaw-dropping (sic) figures to start the New Year," Oliva continued. "Americans are claiming their Second Amendment rights to provide for their own safety in record numbers."