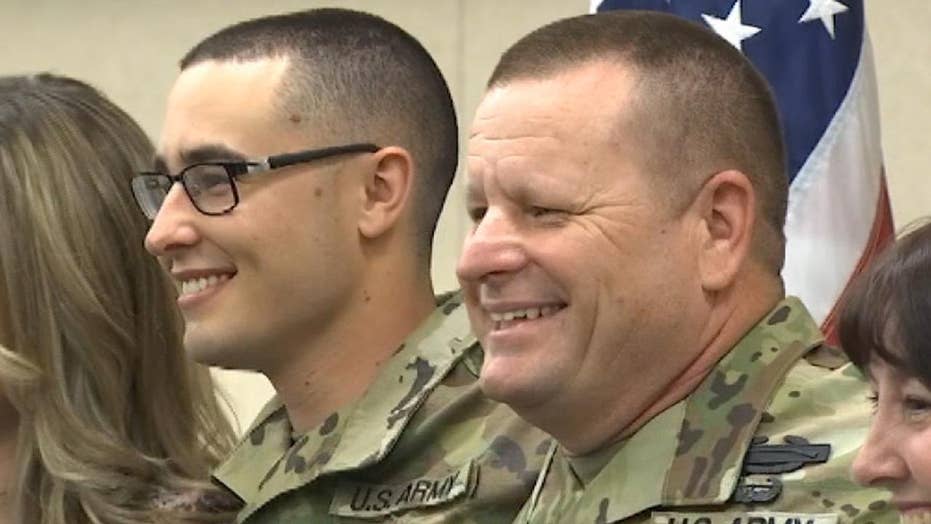 Army father and son deployed together overseas on mission in Afghanistan

The latest deployment of the Arizona Army National Guard's 253rd unit to Afghanistan has turned into quite a family affair.

Command Sergeant Major Michael Kirby and his son, Specialist Kyle Kirby, will soon join more than 150 other soldiers from the unit serving in Afghanistan as part of Operation Spartan Shield.

"This is my 5th deployment, it's his first, we're fortunate to be in the same unit now, so I know mom's pretty excited about that," Michael Kirby told FOX10.

Michael has been in the National Guard for 33 years, while Kyle has been active for three years.

He told FOX10 he was excited about the engineering battalion unit, especially since he and his son will be together in Afghanistan.

"We have a lot of soldiers that are really just doing a good job and everyone's just really excited to go over there, do what we have to do, and get home as soon as we can and bring everybody home safely," he said.

Kirby's wife, Susan, said she couldn't be more proud of her men.

Kyle, who recently got married, told FOX10 he knows the distance away from his wife and family won't be easy but there's a major support network in place.

"She's very fortunate to have such a loving family to take care of her and be able to support her," he told FOX10.