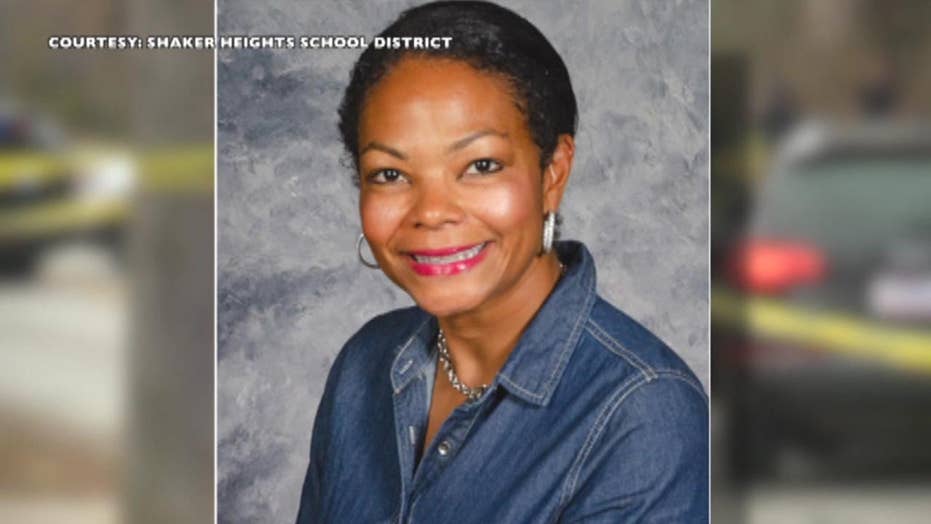 A disgraced former Ohio judge was arrested Saturday after allegedly stabbing his wife to death at her home -- two years after he served time in prison for a brutal attack on her that was witnessed by his daughters and required reconstructive surgery.

The Shaker Heights police department said in a statement former judge Lance Mason, 51, was taken into custody Saturday in connection with the death of his ex-wife, 45-year-old Aisha Fraser. Mason has not yet been charged.

Authorities had responded to a domestic violence call involving Mason at the home just after 9 a.m. Saturday, FOX8 reported. After stabbing Fraser, Mason fled the scene and crashed his car into a police cruiser before being arrested, officials told Cleveland.com. An officer sustained non-life threatening injuries in the crash and had to be taken to a hospital.

Lance Mason, 51, was arrested after he stabbing his estranged wife to death, according to police. Aisha Fraser, 44, was killed in her home in Shaker Heights, just outside of Cleveland.

The 51-year-old previously pleaded guilty to charges of domestic violence and attempted felonious assault for attacking his then-wife in 2014. In that incident, police said Mason viciously choked, punched 20 times, slammed and even bit his wife in front of his two daughters, according to FOX8.

Fraser was so severely injured in the assault she needed reconstructive surgery on her face. She filed for divorce two days after the incident, Cleveland.com reported.

Mason previously pleaded guilty to charges of domestic violence and attempted felonious assault for attacking his then-wife in 2014. (FOX8)

Mason was sentenced to two years in prison, but was only behind bars from Sept. 2015 to June 2016 before being released. He then ended up being hired as Minority Business Development Administrator in Cleveland's Office of Equal Opportunity, beating out 15 other candidates for the $45,000-per-year job.

At the time of his hiring, city officials told FOX8 that Mason was "simply the most qualified candidate for this position," and that his application did not include a criminal record. In 2011, Cleveland eliminated a box on its job applications to be checked by those convicted of crimes. He was terminated from the job on Saturday after he was taken into custody, FOX8 reported.

His estranged wife was a 6th grade teacher at Woodbury Elementary School in Shaker Heights, and news of her death drew an outpouring of grief from the community. The superintendent of the Shaker Heights City School District, Dr. Stephen Wilkins, called the killing a "difficult time" for the community.

Mason was sentenced to two years in prison, but was only behind bars from Sept. 2015 through June 2016 before he was released.

"Aisha was a devoted mother and a longtime committed teacher to Woodbury students," Wilkins said in a statement. "She touched so many of our children’s lives and will be deeply missed. Her loss is unexpected and the impact of this news on our entire school community is unimaginable and profound."

Friends and colleagues echoed the sentiments about Fraser's impacts on the community.

"Aisha had this special connection with every kid and I felt like she was a mother to everyone and anyone," Brytnee Crenshaw told FOX8. "She was so special. She was never down. She was always so happy and cheerful and I feel like we lost a great person."

A candlelight vigil is set to be held in her memory on Monday night at the school where she taught.