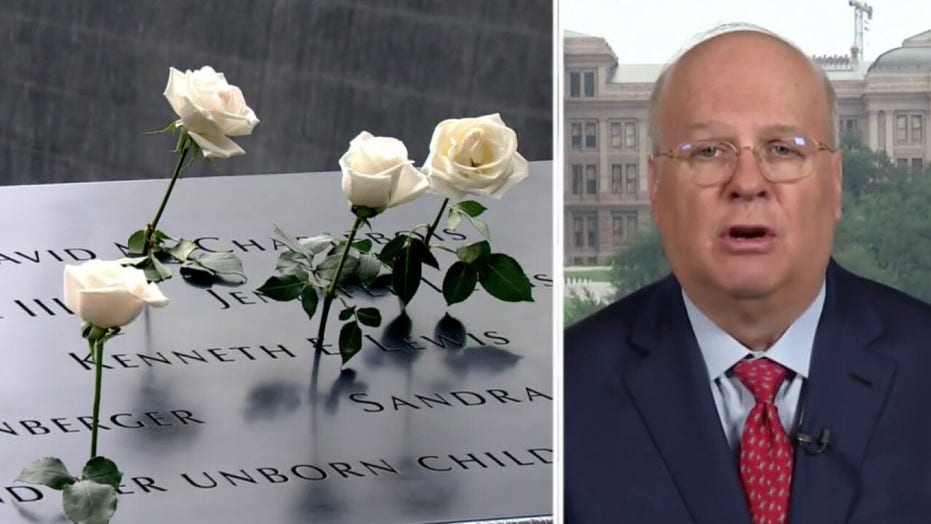 Karl Rove emotionally reflects on 9/11 terrorist attacks: A horrible moment for the life of our country

Americans should realize that the people behind the terror attacks of September 11th, 2001 "still exist today and harbor in the center of their ideology a hatred of all that we consider to be important," former George W. Bush adviser Karl Rove told "America’s Newsroom" Friday.

Rove choked up as he recalled Bush's visit to Ground Zero in Lower Manhattan three days after the attack, when the president told a group of workers from an improvised podium of rubble that "the people who knocked these buildings down will hear all of us soon."

"It rallied the country," said Rove, who went on to recount a lesser-known moment on the same day when Bush visited the Jacob Javits Center, which had been turned into a dormitory for rescue workers who had traveled to New York from all over the country to render aid.

"There was a shift coming off work and a shift coming out and so the president was there to thank the workers as they came back in and wished those that were going to work well ..." Rove began. "The president was supposed to go into a parking garage in which there had been a temporary room set up ... and he was supposed to spend roughly 45 minutes, I believe, meeting families of the fallen -- of people who had died, first responders who had died on 9/11." 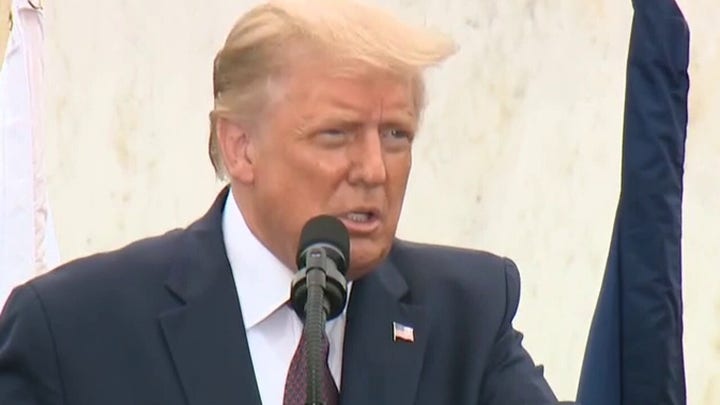 Instead, Rove said, Bush spent "two-and-a-half to three hours" in the room "because he stood there and talked to every single one of those people who lost a loved one and grieved with them and prayed with them, hugged them, cared for them, wept with them. It was the most amazing moment I had ever seen in private. Nobody ever saw it except the people in that room."

As Bush was meeting the families, Rove recalled, the mother of a fallen NYPD officer gave the president her son's badge.

"[She] said, 'I do not want you to ever forget what happened here,' and for the rest of his time in office, President Bush carried that badge with him virtually every single day in his pocket as a reminder of his duty as president of the United States to keep us safe and he did keep us safe," Rove said.

Reflecting on the tragic events 19 years later, Rove described the attacks as “a horrible moment in our life, the life of our country, and we better realize the people who did that still exist today and harbor in the center of their ideology a hatred of all that we consider to be important to be an American.

"Liberty, freedom, the right to choose our own direction in life, to worship as we wish, to go about our business not directed in fear and anger, but in freedom and joy and it is a day we all ought to remember."