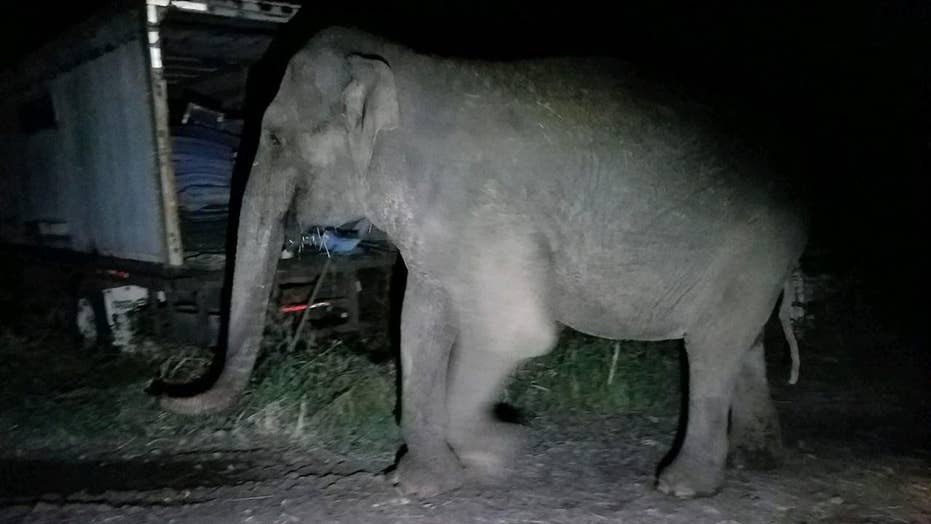 New York State Police sergeant responds to call from person who spotted a loose elephant in the roadway in Westtown, about 70 miles northwest of New York City.

An elephant may never forget, but sometimes they need a little help with directions.

The lost elephant needed to be escorted back home after wandering away from an animal sanctuary.

State police said the elephant got lost after wandering away from an animal sanctuary. (New York State Police)

Photos posted by the law enforcement agency show the elephant milling around in the dark on the road, which was illuminated by the headlights of a car.

While it's not clear how the elephant got out of the sanctuary, National Geographic notes that the animals are not docile in darkness.

"These hungry animals do not sleep much, and they roam over great distances while foraging for the large quantities of food that they require to sustain their massive bodies," the magazine notes.