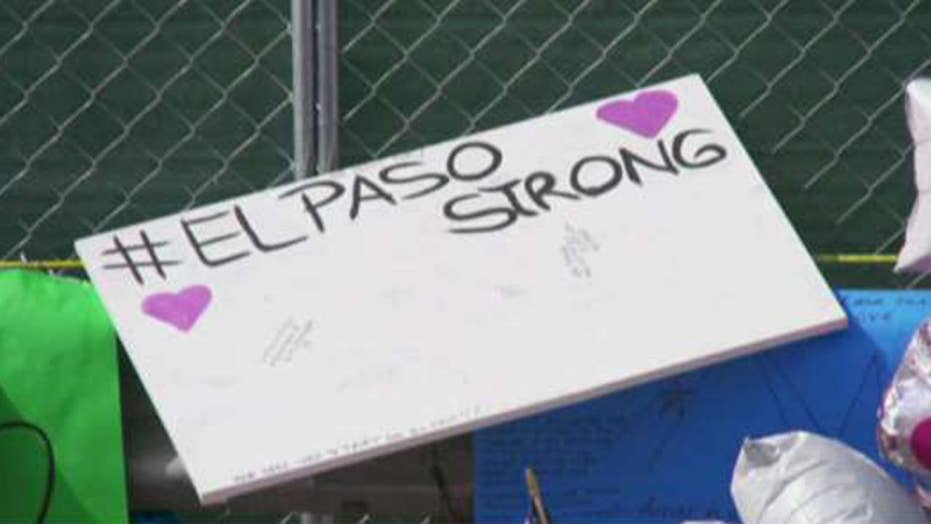 The aftermath of mass shootings in Ohio and Texas

Find out how you can help Texas and Ohio shooting victims.

Two communities are hurting after two mass shootings have left at least 31 people dead and dozens more injured over the weekend -- but there are ways for Americans to help.

In El Paso, Texas, 22 people were killed and 24 others injured on Sunday when a gunman opened fire at a local Walmart. Several hours later, a gunman killed nine people and injured 27 more in the downtown district of Dayton, Ohio.

OHIO SHOOTING VICTIM CALLED FATHER OF KIDS BEFORE SHE DIED: 'BABE I JUST GOT SHOT IN MY HEAD'

Condolences for the victims and their families, as well as those injured, are pouring in across the country, along with the desire to help those in need.

The Dayton Foundation's Oregon District Tragedy Fund has raised more than $620,000 to help victims and survivors through 2,800 individual gift donations. The Cincinnati Bengals and the NFL Foundation are donating $75,000 to the fund, which will help families affected by Sunday's mass shooting.

Dayton-based Esther Price Candies will donate more than $85,000 raised from sales at its seven locations in the Dayton and Cincinnati markets. The donation will be presented on Friday. Other Dayton-area businesses have announced plans to give proceeds of their sales to shooting victims and their families.

The El Paso Community Foundation Victims' Relief Fund had received $1.6 million as of this past Sunday, an amount that includes a $50,000 pledge from a nonprofit organization founded by Dallas Cowboys owner Jerry Jones. The Houston Texans Foundation and the NFL Foundation have also pledged $100,000 to the fund.

The Paso Del Norte Community Foundation has set up the separate El Paso Victims Relief Fund and says 100 percent of the donations will go toward helping the victims.