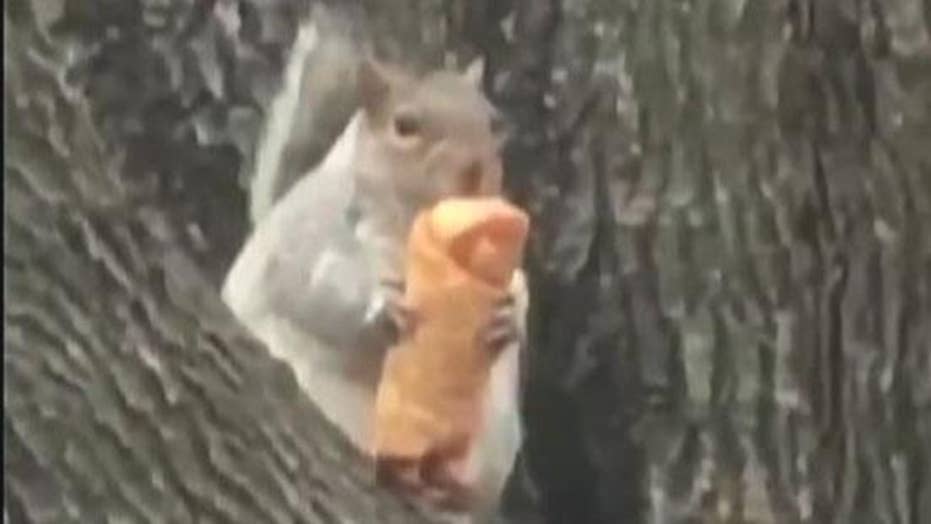 The Twitter account WhatIsNewYork shared the recording online, which showed the animal situated in a tree after it somehow scored the takeout.

Social media users naturally weighed in, with one person noting the struggle of keeping up with goals for the New Year.

“So much for the New Year's resolution...,” the person wrote.

Another person tweeted: “That squirrel is living his best life.”

Someone else tweeted the squirrel would “be hungry again in an hour.”

And a few people also reacted to the rodent’s lack of sauce to go with its meal.

By Wednesday night, the video had more than 27,000 views.