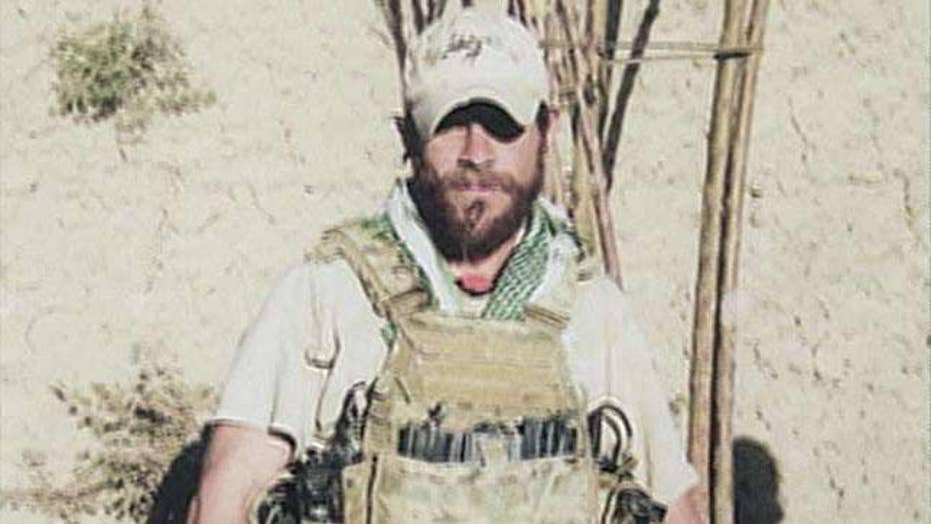 Trial of Special Ops chief Eddie Gallagher delayed; what's next for his family's fight to clear his name? His brother Sean Gallagher weighs in.

A retired Navy SEAL is now leading the charge in Congress for answers regarding the treatment of a fellow SEAL who's been locked in a brig for months ahead of a controversial war crimes trial.

Texas Rep. Dan Crenshaw -- who lost sight in his right eye after being hit by an IED explosion in Afghanistan -- and 17 other House Republicans have sent a letter to the Secretary of the Navy this week urging him to review the pre-trial confinement of Eddie Gallagher, his office exclusively tells Fox News. The lawmakers are raising concerns that Gallagher, a decorated Navy SEAL, has been receiving limited access to food, medical care and his legal team.

“Chief Gallagher is a decorated warfighter who, like all service members, is entitled to the presumption of innocence while awaiting court-martial,” the Republicans wrote in their letter to Richard Spencer.

“We have received reports that Chief Gallagher’s access to counsel and access to food and medical care may have been restricted,” they added. “As a result, we respectfully request that you review the Navy policies governing pretrial confinement for Chief Gallagher and other service members to ensure compliance with the Uniform Code of Military Justice.”

Plea from a Navy SEAL'S brother: Mr. President, the system is broken and we need your help to fix it

Brother of Navy SEAL accused of murdering an ISIS fighter in 2017 Sean Gallagher says the moral of the military community is low in the wake of how his brother has been treated.

The Republicans’ message comes as Gallagher – accused of killing an injured ISIS prisoner of war in Iraq, amongst other charges – passed the 6-month mark of detention at Naval Consolidated Brig Miramar in California. He is not expected to emerge until the start of his war crimes trial on May 28.

Gallagher's family, in a statement provided to Fox News on behalf of his brother Sean, said it is "grateful Members of Congress are calling attention to what our family has been experiencing for 7 months: the abhorrent treatment of one of its most decorated warfighters.

"Let it sink in that it is taking Members of Congress to request that a combat veteran Navy SEAL -- someone who has gone to war for us 8 times -- be given the basics of medical care and legal counsel amidst absurd charges," the statement said. "Americans should be livid.”

A Navy spokesperson told Fox News he hadn’t heard of the letter, but the “Navy has nothing to add." The spokesperson previously has declined to comment on the case, citing the ongoing legal proceedings.

Gallagher, 39, is facing premeditated murder and aggravated assault charges stemming from the alleged killing of the ISIS prisoner and alleged instances of him intentionally firing sniper rounds at civilians.

During his 19 years of service, Gallagher earned the Bronze Star with V for Valor twice, a Meritorious Unit commendation, and a trio of Navy and Marine Corps Achievement medals -- among other recognitions and decorations.

He fought in Iraq and Afghanistan several times, reaching the status of what his brother Sean described as a “modern-day war hero” in a past interview with "Fox & Friends." But it was during Gallagher’s last combat deployment in 2017 he lost his way, prosecutors say, and reportedly “decided to act like the monster the terrorists accuse us of being.”

The concerns in the Republicans’ letter echo statements made by Sean Gallagher in a February op-ed published by Fox News, in which he implores President Trump to “review Eddie’s case, reunite him with his family, and place him back on the front lines where he belongs."

Sean Gallagher wrote that his brother is “confined with a population of convicted sex offenders, routinely denied access to his lawyers, medical appointments, and visits with his fellow soldiers."

He added: “The brig where he’s confined begins to isolate him because of all the attention he’s getting."

The Republicans, in their letter, also say “Chief Gallagher and other pretrial service members are intermingled with convicts who have been tried at court-martial, found guilty and sentenced to confinement.”

They conclude by asking Spencer to weigh whether Gallagher should be held at Miramar – or somewhere else.

“We therefore request that you review the underlying reasons for co-locating pretrial and post-trial confinees at Consolidated Brig Miramar and whether the current arrangement fundamentally disadvantages Chief Gallagher and other pre-trial service members,” they said. “Furthermore, we request that you consider whether other locations are more appropriate for pretrial confinement.”